Microsoft is showing off the next version of its Microsoft Office suite. It’s due out next year, and Office 2013 is a major update from the versions of Office you may have been using for the last decade or longer.

First up, Microsoft is making all of its apps much more touch-friendly, allowing you to navigate using your fingers on computer with a touchscreen. OneNote, for instance, has a new Metro-style user interface, in addition to support for hand-written notes. 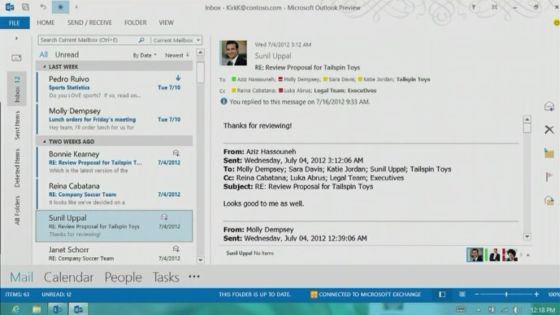 But Outlook also now makes it easier to sift through your email messages using your fingers. You can change calendar views by pinching to move from day to week, to month.

PowerPoint lets you use a digital pen like a laser pointer — so you can wave your pen over the tablet screen and a red dot will show up on the projector screen you plug your laptop or tablet into.

When you launch Office 2013 for the first time, it will ask you to login with your Windows Live ID. This will let you access files saved to your SkyDrive online storage space, as well as settings that are synchronized across all of your devices. 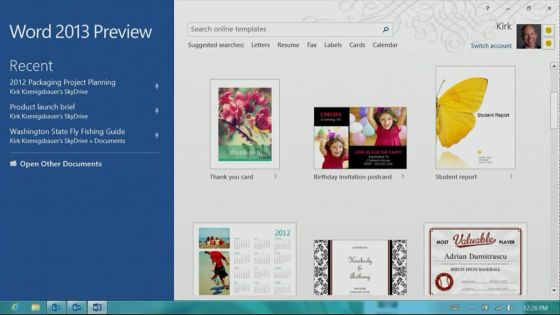 How much does Microsoft want to emphasize the online elements of Office 2013? By default all of your documents will be saved to SkyDrive rather than your hard drive. You can still save documents locally for offline use, but you’ll have to do it manually instead of just clicking the save button.

One cool thing about the Office cloud services is that you can now share any document you create with any other user just by providing a link to the URL for that document. The person opening that link doesn’t need to have Office installed to view your Word document, PowerPoint presentation, or Excel spreadsheet. They can just open it on the web. 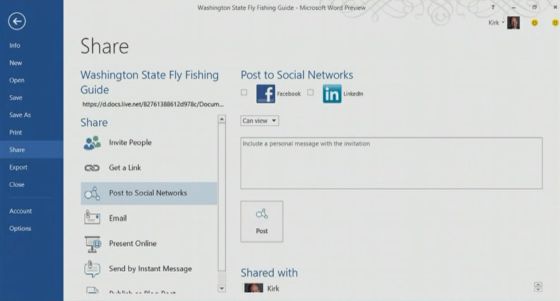 You can also quickly share documents to Facebook, LinkedIn, or other social networks from within the app.

And of course, if you have Office installed on your home and work computers, laptops, desktops, and tablets, you’ll be able to access all of your documents from anywhere since they’re stored online instead of on your hard drive.

Microsoft bought Skype a few years ago, and while Skype is largely run as a standalone unit within the company, Office 2013 will include Skype integration. 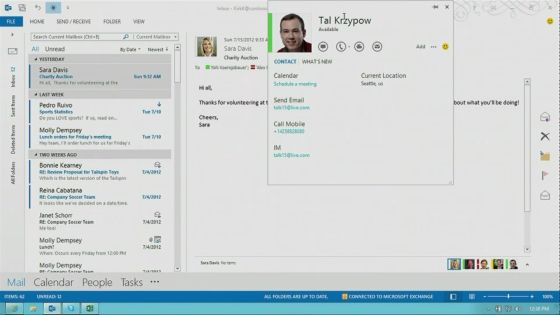 For instance you’ll be able to pull up a contact in Outlook, view their Skype details, and even initiate a voice or video call directly from the app.

There’s a catch to all this connectivity. Instead of paying once for the next version of Office, Microsoft wants you to sign up for a subscription plan. Office 365 Home Premium can be installed on up to 5 different devices and will provide you with 20GB of storage for a monthly fee.

There are also small business, Pro Plus, and Enterprise plans.

Pricing hasn’t yet been revealed. Microsoft CEO Steve Ballmer says there will still be a version of Office that you can download and run on your desktop without signing up for a subscription — but he expects most customers to opt for the new subscription model.

Of course, this is coming from the company that thought the Zune Media Player and Kin phone were going to take off.

A free version of Office will be included on Windows RT tablets with ARM-based processors, but it won’t have all the features get with one of the paid subscription models.

Some of the other changes include a new reading mode for Word 2013, which lets you read documents in a clean view without viewing the editing interface. Since you’re basically viewing a web page in reading mode, you can also click embedded videos or other multimedia to open them up directly within a Word document. 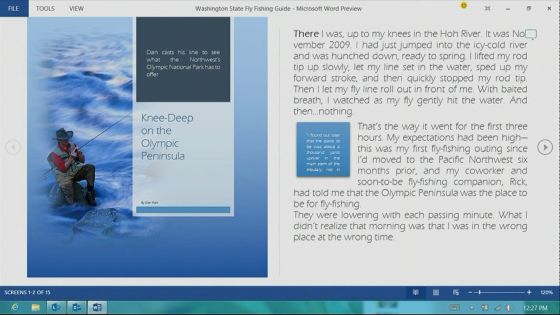 Microsoft is also opening up various parts of office to third party app developers. For instance, you’ll be able to install plugins in Outlook that let you use an interactive Bing map within an email message.

Office 2013 represents a major shift, embracing support for touchscreens and cloud computing. But it’s not necessarily for everybody.

In fact, if you’re still running Windows XP or Windows Vista, you literally won’t be able to run Office 2013. Microsoft won’t offer it for those operating systems.

Microsoft Office also ain’t the only game in town. Google Drive has been offering collaborative document editing for years (although it used to be called Google Docs). Although Google’s office products don’t have all the bells and whistles you get with Microsoft Office, Google’s services offer many of the basic features you need to create and share text, spreadsheet, and presentation-style documents.

Odds are plenty of long-time Microsoft Office users will upgrade to Office 2013 eventually, because it’s still the industry standard… but it won’t necessarily be the same Office they’re used to.