LG plans to introduce a new line of portable Windows computers at CES in January. The company’s new ultrabook is called the LG Ultra PC, and it’s a 13 inch laptop that weighs less than 2.2 pounds. Meanwhile the company is updating last year’s Tab Book with two new models. 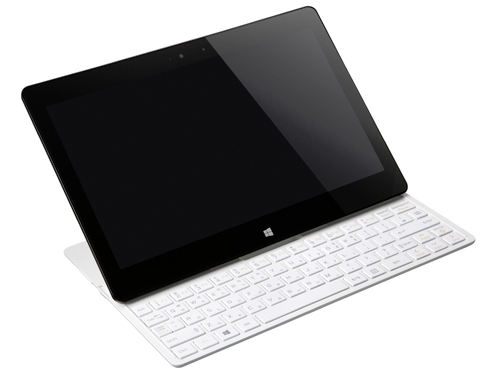 The Tab Book is basically a Windows tablet with a slide-out keyboard. Since the keyboard is always attached, it’s not something you’re likely to forget at home — but it also makes this type of device a bit thicker than your typical tablet. Still, at less than 0.7 inches thick, the new Tab Book2 models aren’t exactly the thickest computers you’ve ever seen.

LG plans to offer two models. Both will feature 11.6 inch touchscreen displays, Windows 8 software, and keyboards that slide out at the tap of a button.

The high-end model is the Tab Book 2 model 11T740, and it features an Intel Core i5 Haswell processor, a full HD IPS display with 40 nit brightness, and weighs 2.3 pounds and measures 0.65 inches thick.

LG’s second model is the Tab Book 2 11T540. It measures 0.54 inches thick and weighs 2.1 pounds, but that’s about all the company is saying for now. The omission of details and smaller size suggest this could be a model with a lower power processor (maybe a Bay Trail chip?) and possibly a lower resolution display. We should find out more at CES.

LG is also launching a new ultrabook called the Ultra PC model 13Z940. It’s a thin and light laptop with a Core i5 Haswell processor, up to 256GB of solid state storage, and a 13.3 inch full HD IPS display with a thin bezel that’s just 0.17 inches. 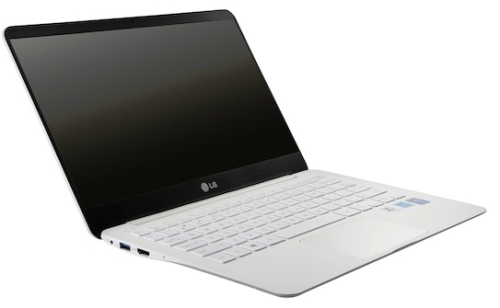