The Intel Compute Stick is a tiny computer which plugs into the HDMI port of nearly any display turning your TV or monitor into a fully functional PC (once you add a keyboard and mouse). The first Compute Stick went on sale in April for $150 (or less), and it features an Intel Atom Z3735F Bay Trail processor, 2GB of RAM, 32GB of storage, and Windows 8.1 software.

Soon Intel will also offer a cheaper model with 1GB of RAM, 8GB of storage and Ubuntu Linux.

And eventually the company plans to offer more powerful models with an Intel Core M processor.

Update: According to a leaked roadmap, a Core M-powered Compute Stick will be available in the fourth quarter of 2015. In early 2016, Intel will launch new models featuring Intel Atom “Broxton” processors. 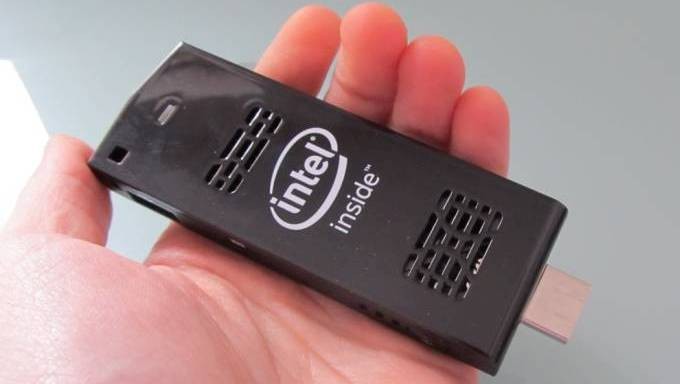 So Intel figures it should be able to cram the chip into tiny computers the size of an Intel Compute Stick.

Unlike most small tablets, the Intel Compute Stick has a fan that kicks in when the CPU starts to get hot. An Intel representative tells Notebook Italia that part of the reason the company included the fan is because in the future Intel plans to offer Compute Stick models with Core M chips as well as Atom processors.

There’s no word on when those models will be available, how much they will cost, or even if they’ll feature any of the Core M processors that are currently on the market. It’s possible that Intel could wait until 6th-generation Core chips based on “Skylake” architecture are ready to go instead of shipping a Compute Stick with a 5th-gen “Broadwell” processor.

It’s worth noting that while Core M processors are a lot faster than Atom chips, they’re not necessarily as speedy as other processors in Intel’s Core family. If you want to get a sense of what Core M can do, you might want to check out Liliputing’s recent Asus ZenBook UX305 laptop review.