The Raspberry Pi Foundation launched an updated version of their tiny single-board computer this week. The $35 Raspberry Pi Model B+ has more USB ports and more GPIO pins than its predecessor, as well as a few other tweaks: but it doesn’t have a faster processor or more memory.

It’s been more than 2 years since the first Raspberry Pi Model B shipped, and the developers are still selling devices with 512MB of RAM and a Broadcom BCM2835 processor.

How long will we have to wait to see a more powerful Raspberry Pi? Probably about 3 more years. 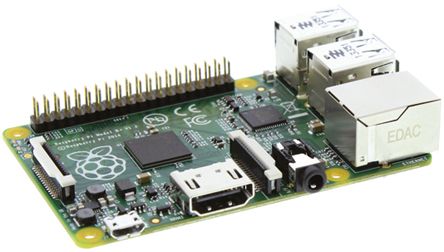 Project founder Eben Upton tells the folks at RaspPi.Today that there are plans to release a new model with higher performance parts. But it probably won’t happen til sometime around 2017 — or about 5 years after the release of the first Raspberry Pi computer.

In other words, it’s probably best to think of a generation of Raspberry Pi hardware more like a generation in video game console years than PC years. Companies like HP, Lenovo, and Asus release newer, faster computers every 6 to 12 months. Game console makers like Nintendo, Sony, and Microsoft release new consoles a few times a decade.

Sure, the ARM11 processor powering the Raspberry Pi Model B+ will look pretty dated by 2017… but it’s already rather underpowered by 2014 standards. In fact, it was a pretty slow processor even when the first model hit the streets in 2012.

The point is… the Raspberry Pi isn’t supposed to be a supercomputer. It’s a small, cheap, accessible computer aimed at educators, students, hobbyists, and others… and it’s good enough to serve that audience. You can use it as a low-power desktop computer or media center. You can use it to learn to program or as the brains of a DIY project like a robot, home automation system, or alarm.

Part of what’s made the project popular at a time when there are plenty of alternative computer kits with faster processors and low price tags is that a huge community has developed around the Raspberry Pi. It’s sort of the Arduino of single-board computers, and there’s a large group of people writing software for the Raspberry Pi, developing cases and other peripherals that work with it, and creating tutorials for other users who are just getting started.

The more often the Raspberry Pi Foundation changes the hardware, the less time folks have to get used to the existing device.

Still, 3 years is a long time to wait if you’re looking for a more powerful device. So if you’re in that boat today and you care more about performance than community support, you might want to check out some alternatives such as the SolidRun HummingBoard, pcDuino3, Banana Pi, or ECS LIVA.