Qualcomm’s upcoming Snapdragon 820 processor may be grabbing headlines, but the company also has a series of new mid-range chips on the way… and it looks like Asus may plan to use one of those processors in one of its next smartphones.

A device called the Asus Z012D showed up at the GFXBench website recently. The model number and screen size suggest that this could be a new phone in the company’s Zenfone lineup… and it looks like it’s powered by a Qualcomm Snapdragon 618 processor. 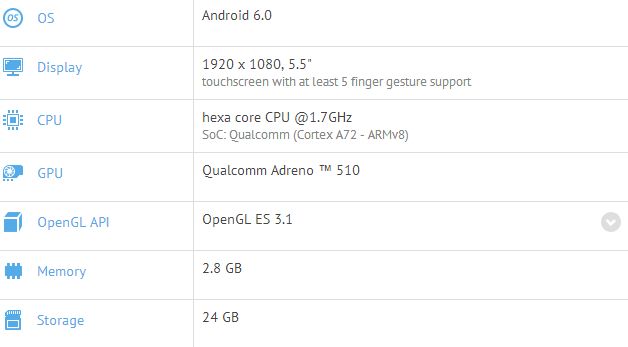 Asus has been offering smartphones for a few years, and the company’s Zenfone 2 earned high marks in 2015 for hitting a sweet spot between price and performance. It was one of the first smartphones to be available with 4GB of RAM, but sold for under $299.

While the original Asus Zenfone 2 features an Intel processor, Asus has expanded the Zenfone 2 family with Zoom, Laser, and Deluxe models, some of which have Intel chips and others of which use ARM-based processors.

According to GFXBench, the new model has a 1.7 GHz hexa-core processor with ARM Cortex-A72 CPU cores and Qualcomm Adreno 510 graphics, which is a pretty good indication that the phone has a Snapdragon 618 chip.

Qualcomm also has an octa-core processor with Adreno 510 graphics called the Snapdragon 620. That’s the processor that will likely be used in the Samsung Galaxy A9.

There are no pictures of the phone available, and it’s always best to take leaked benchmark results with a grain of salt. This phone might not actually exist. But I wouldn’t be surprised if Asus has a new phone or two on display at the Consumer Electronics Show in January. That’s where Asus first unveiled the Zenfone 2 nearly a year ago.