Apple appears to be prepping a next-generation Apple TV box. This week the company pushed a software update for existing Apple TV set-top-boxes which includes support for new hardware. And a new Apple TV showed up at the FCC website this week as well, showing a device that’s a tiny bit smaller than the third-generation model Apple is currently selling.

Update: The Verge reports that Apple confirms the new model is getting a minor spec bump, but says the new Apple TV is the same size as its predecessor.

Update 2: It looks like Apple is now using a smaller A5 chip rather than an A5x chip. 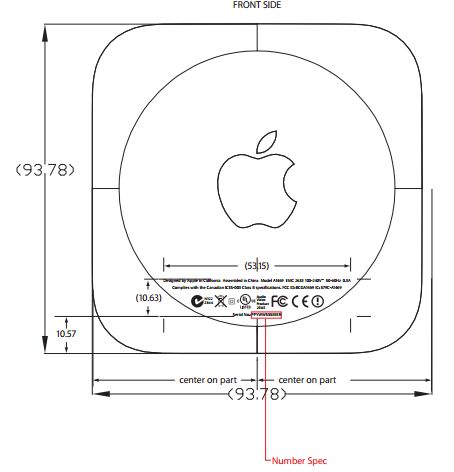 The Apple TV is a set-top-box designed to let you stream media from iTunes (or from an iPhone or iPad) to your TV. But under the hood, it shares a lot of DNA with an iPhone or iPod touch.

While the latest models sold by Apple feature an Apple A5 processor, the folks at AnandTech did some digging and noticed that the upcoming model appears to have a faster A5X chip and an updated Broadcom wireless card for WiFi and Bluetooth.

All told, this sounds like a modest update — . But the improved graphics capabilities could offer a slight performance boost for HD video and 3D graphics. Apple started using the A5X chip when the company started offering iPads with higher-resolution displays, so this could also be a first step toward supporting televisions with higher-than-1080p resolutions.