Amazon will likely update one or both of its Fire TV products this fall. The original Amazon Fire TV is no longer in stock, which suggests a replacement could be on the way, and specs for an AFTVS device leaked earlier this summer, suggesting that a new Fire TV Stick could be on the way.

Now blogger Dave Zatz has spotted an FCC listing which he’s pretty sure is for an upcoming Amazon media streamer. 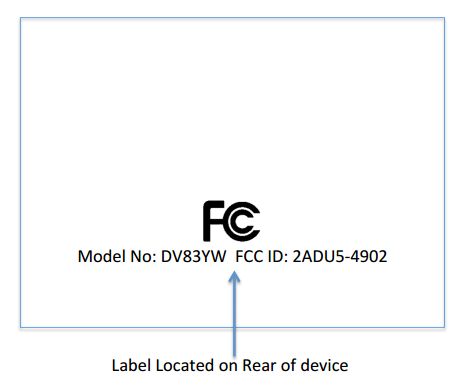 Any company that wants to sell a product with wireless capabilities in the United States has to submit information to the Federal Communications Commission, but Amazon has a habit of hiding its products in the FCC database by using the names of shell companies instead of its own name.

Zatz has long made a hobby of finding Amazon’s listings anyway, and he’s got a pretty good track record.

So while we can’t be absolutely certain that the 2ADU5-4902 is a next-gen Fire TV device, we do know that it’s an “HDMI Digital Media Receiver” with support for 802.11ac WiFi and Bluetooth 4.1 and that it comes from a company called Quill Royal LLC which uses a PO Box in Boise, Idaho as its street address… suggesting that the company may only really exist on paper.

Update: As Nate points out, it’s likely that the FCC listing describes a next-gen Fire TV rather than a Fire TV Stick, since the documents mention a microSD card slot and Ethernet jack.

Update the second: Zatz also spotted evidence that the new TV box will support 4K video playback, thanks to support for 4K video decoding an 4K HDMI video output. That would make the new device one of the few products in its category that currently supports ultra HD video… unlike the new Apple TV, which only supports resolutions up to 1920 x 1080 pixels.

If this really is a next-gen Fire TV device, it seems likely that Amazon could officially introduce the product and start taking order soon. The company’s FCC listings usually arrive shortly before new hardware is released.

If the specs that leaked in July are accurate the new Amazon Fire TV Stick could have a MediaTek MT8173 quad-core processor, PowerVR GX6250 graphics, 1.5GB of RAM, 8GB of storage, and a version of Fire OS based on Android 5.1.

But those specs might not be right.. and if Amazon plans to replace the original Fire TV with a new device (rather than just focusing on the smaller, cheaper “stick” form-factor), then it’s likely that a next-gen Fire TV would have more powerful hardware.

2 replies on “Next-gen Amazon Fire TV leaked by the FCC?”