The Aakash Tablet is an inexpensive Android tablet aimed at students in India. The Indian government spearheaded the project and partnered with UK-based DataWind to make a tablet that could sell for as little as $35. 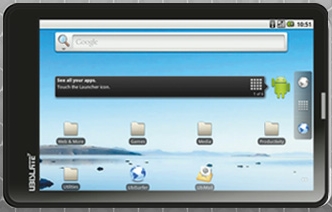 Now the second version of the tablet is almost ready to launch, and while it still has all the hallmarks of a ridiculously cheap tablet, it should offer a much better user experience than the original… for about the same price. It’s expected to launch in April for about Rs 2000, or about $40.

The new tablet will have a 7 inch capacitive touchscreen display, a 700 MHz ARM Cortex-A8 processor, and 3 hours of battery life.

Those specs might not sound impressive, but the original Aakash tablet had a resistive touchscreen, a 366 MHz ARM 11 processor, and a battery that was only good for around 2 hours.

Last month there were reports that the Indian government was looking for partners besides DataWind to help build the inexpensive Aakash tablets.