The NexPad is a portable 12 inch, 1920 x 1080 pixel IPS LCD touchscreen display designed to add a second display to your smartphone or notebook. But it does that in an unusual way, thanks to a magnetic mount that can either hold your phone in place or allow you use the NexPad as a secondary display that rests above your laptop’s primary screen.

First announced in January, the NexPad didn’t ship in July as promised. But it’s now available for purchase for $249. 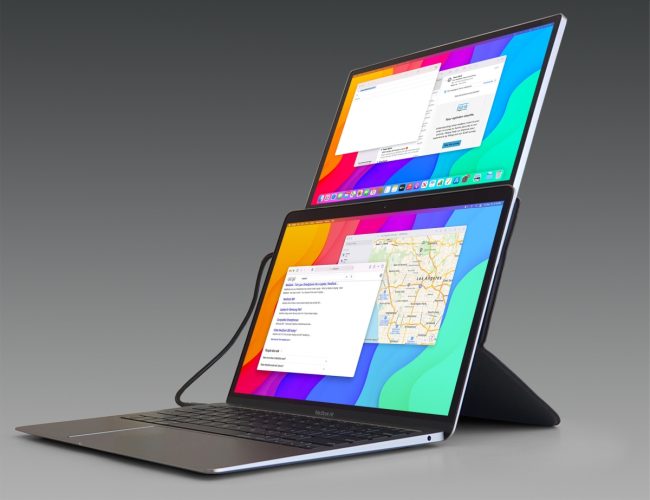 The NexPad has a magnetic metal section below the screen, which allows you to snap your phone to the display or the display to a laptop. But it also comes with a detachable kickstand, so you could use the display more like a traditional portable monitor positioned to the left or right side of your laptop.

Nex says the NexPad can turn an Android phone into a tablet, but it’s kind of a clunky solution for doing that, so it’s probably better to think of the device as a portable display that lets you use an Android tablet more like a desktop computer when you prop the system up with a kickstand. 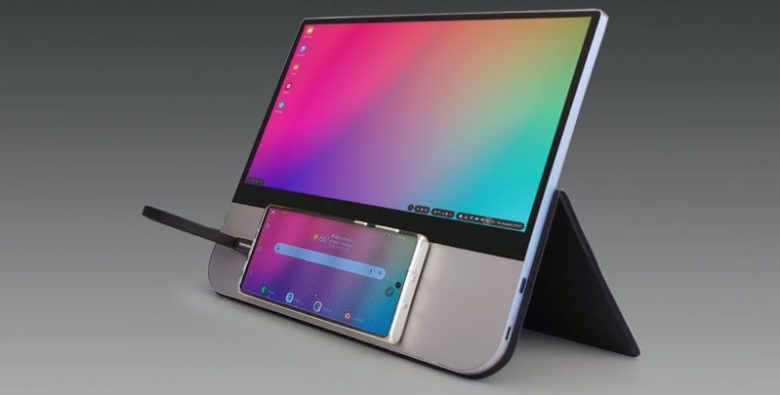 You can use a USB cable to connect any smartphone, laptop, or other device that supports video out over USB-C. Or you can use the HDMI port… but you’ll still need to use a USB-C port for power since the display doesn’t have its own battery. You’ll also need a USB connection if you want to make use of the touchscreen capabilities.

The NexPad does not have any speakers, so you’ll need to rely on your laptop or smartphone speakers for audio.

Nex is also continuing to take pre-order for the NexMonitor, which was also announced earlier this year. It’s a 27 inch display with stereo 5W speakers, USB, audio, and Ethernet jacks, and an SD card reader as well as a magnetic mount on one side, allowing you to hold a smartphone in place.

The idea is that you can connect a phone and a computer to the display and switch between views. The NexMonitor is currently expected to ship in the first quarter of 2023 and customers who want to reserve one can put down a $100 refundable deposit toward a purchase price of $399 for a 2560 x 1440 model or $449 for a 3840 x 2160 pixel version.