A handful of companies have been producing laptop docks for years, giving customers the ability to use their smartphones like notebook computers.

Now one of the companies that helped create this space is moving beyond the laptop dock and introducing two new types of docks. The NexMonitor is a new desktop dock from the makers of the NexDock that allows you to connect your phone to a 27 inch display for use like a desktop computer, while the NexPad is a 12 inch dock that turns your smartphone into a tablet. Both are up for pre-order now and expected to begin shipping in July, 2022.

With the NexPad selling for $249 and prices starting at $449 for the NexMonitor, these devices would probably be tough sells if all they did was act as extensions of your phone. Fortunately there are a few other ways to use them.

The NexPad, for example, has a removable kickstand that allows you to use it as a portable monitor for just about any laptop, tablet, or other device. And there’s a magnetic portion on the bottom of the device designed to hold your phone in place, but which can also be used to attach the dock to the back of any laptop with a metal lid, giving you a second screen that can rise above your primary display. 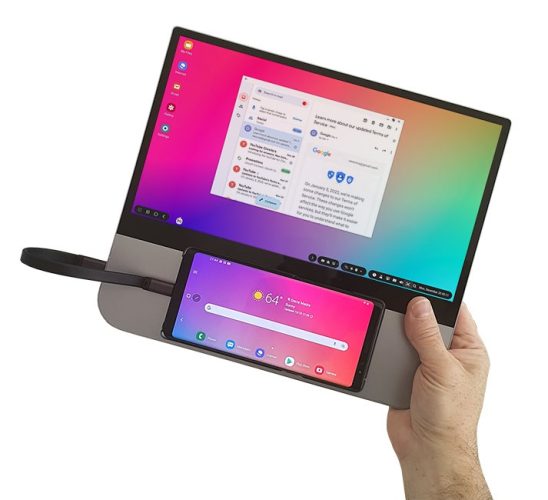 With USB-C and HDMI inputs and touchscreen support, the NexPad can work as a touchscreen monitor. When used with a phone that support Samsung DeX or a similar desktop-style environment, this lets you use your phone like a big-screen tablet (albeit one with a rather unusual design and an enormous bezel). But honestly, it might be better to think of the NexPad as a small portable display that also happens to work as a second screen for smartphones when you need it.

One thing to keep in mind is that the NexPad does not work as a standalone tablet. It doesn’t have its own processor, memory, or operating system and is really just an extension of whatever device is plugged in.

It also doesn’t have a battery, which means it will draw power from a connected device.

The NexMonitor, meanwhile, is a 27 inch desktop monitor that’s available with either a 2560 x 1440 pixel 100Hz display or a 3840 x 2160 pixel 60 Hz display panel. With HDMI, DisplayPort, and USB 3.1 Type-C inputs, you can use it as a display for nearly any modern laptop or desktop computer. 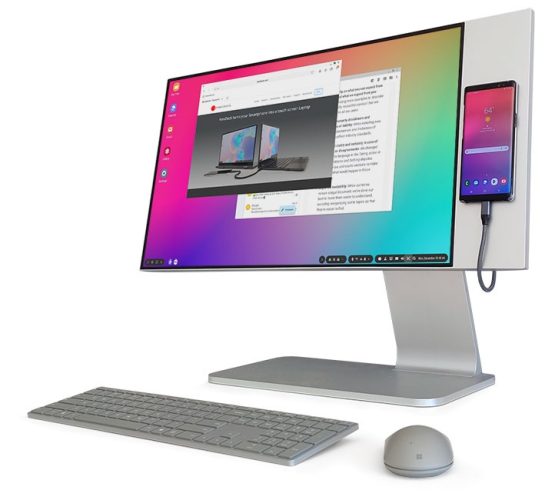 This sort of dock can also be very useful if you’re using a Linux-powered phone or tablet like the PinePhone or Purism Librem 5, which are able to run desktop Linux applications as well as mobile-optimized apps.

Unlike the NexPad, which has no speakers (which means your phone’s speakers will have to do all the work), the NexMonitor has stereo 5 watt speakers. And with an SD card reader, Ethernet jack, USB ports, and a 3.5mm audio jack, it can also function as a USB dock or hub for your phone or other connected devices.

Here are some key specs for the new docking stations from Nex:

Honestly, even after considering all of the things you can do with these docks, they still feel like a bit of a tough sell because it’s 2022 and most folks still aren’t planning to use their smartphones like desktop or tablet computers. But if you’re one of the folks who are looking to do just that, pre-orders are now open.

Note that Nex is asking customers to pay a $100 deposit up front, with the remaining balance to be charged a week or two before the devices ship. But the company promises that deposits are refundable if you change your mind before your order ships.