The folks at NexDock have been making laptop docks for smartphones for a few years. Here’s the basic idea: give your phone a bigger screen, a full-sized keyboard, and a touchpad by plugging your mobile device into a gadget that looks like a laptop computer.

As the name suggests, the main thing that sets this model apart from its predecessors is the inclusion of a touchscreen display. But the new model also has a larger display, slimmer bezels, and a higher capacity than the NexDock 2, which started shipping earlier this year.

The NexDock Touch is available for pre-order for $249 starting today, and it’s scheduled to begin shipping at the end of August. 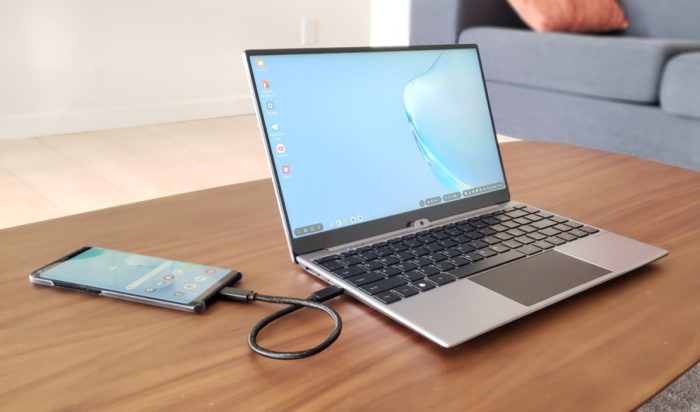 The pre-order price represents a discount from an expected retail price of $319, but it’s worth noting that you’ll have to pay for shipping — that’ll set you back $15 to $65 depending on where you’re located (shipping to the US runs $35).

The NexDock Touch features a 14 inch touchscreen display with slim bezels, so the device is about the same size as the 13.3 inch NexDock 2.

Other changes include a 60W battery (up from 51Wh) a larger touchpad, and improved speakers.

NexDock says it’s also created a magnetic side mount that you can use to hold your phone at the same level as the NexDock Touch display, making it easier to see both screens at the same time. The side mount will be available soon as an optional accessory, but there’s no word on the price yet. 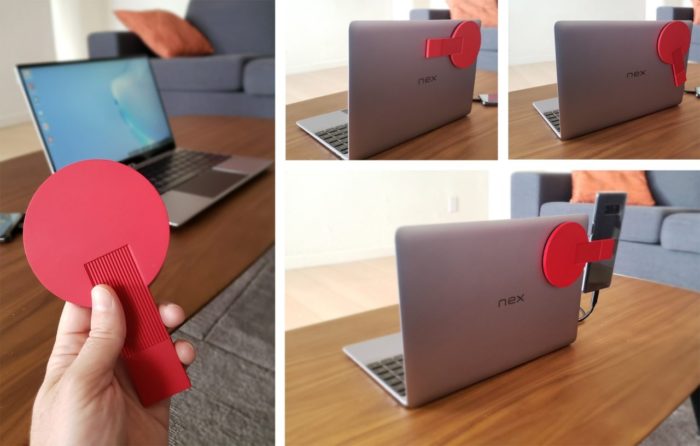 While the NexDock Touch is designed to be used as a smartphone accessory, it can also be connected to a Raspberry Pi or other mini computers, although if you’re going to use a mini PC that doesn’t have its own battery you’ll want to make sure it can draw power from the NexDock Touch using a USB cable.

The NexDock Touch can also be connected to a laptop and used as a secondary touchscreen display. And now that Apple’s iPad operating systems supports keyboards and touchpads, you can also use the NexDock Touch as a second screen/laptop accessory with iPads running the latest version of Apple’s mobile operating system. The touchscreen won’t work with iPadOS, but most other hardware should.