The NexDock looks like a thin and light laptop: it has a 14 inch display, a keyboard and a touchpad. But it’s actually more like the shell of a notebook. It’s actually powered by your smartphone, tablet, or other mobile device.

As long as your portable device has a video out port, you can plug it into the NexBook to use your gadget as if it were a notebook.

The developers of the product are running a crowdfunding campaign, and hope to deliver the first products by June. The full retail price is expected to be $149, but backers of the Indieogo campaign can score some big discounts. 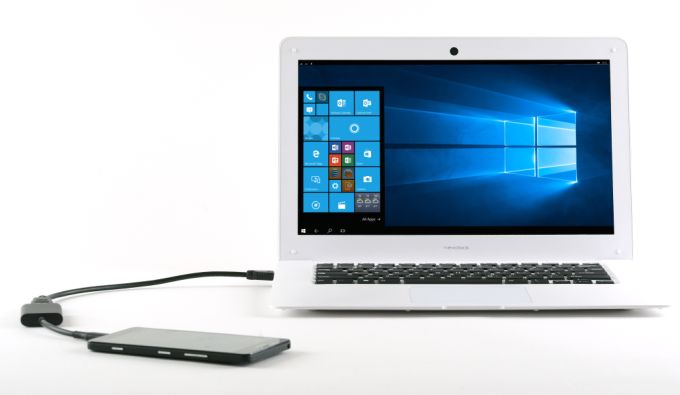 Here are a few examples of ways you could use the NexDock:

Since the NexDock has a mini HDMI input, you can also use it as a portable, secondary display. Just run a cable from you laptop to the NexDock and you can extend your desktop across the second screen or mirror your display to let others see what you’re looking at.

This isn’t the first time we’ve seen a product like this: people have been using Motorola Lapdock shells in similar ways since the first model launched in 2011. But Motorola hasn’t produced any new Lapdocks in years, and used models aren’t as cheap as they used to be on eBay.

Note that while the NexDock campaign is hosted on Indiegogo, this crowdfunding effort has a “fixed goal,” which means that if the campaign doesn’t raise at least $300,000 the developer will not receive any funds and you won’t be charged for any pledges you make.