It’s been over a year since the NVIDIA Shield game console/media streamer went on sale. While it’s not clear if NVIDIA plans to launch a new version of the game console this year, it looks like the company might at least have some new hardware on the way.

A new version of the NVIDIA Shield game controller showed up at the FCC website this week. 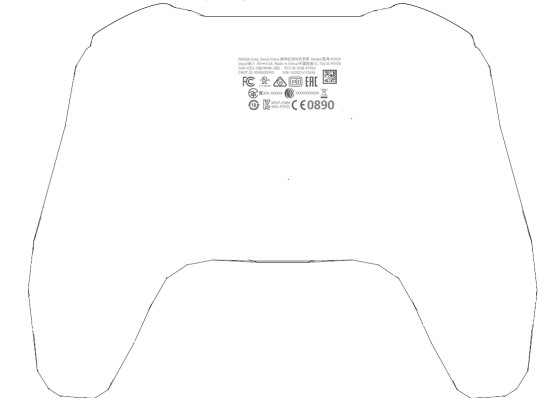 While there aren’t a lot of details in the FCC listing, the label drawing shows that the shape is a little different than that for the first-gen Shield TV game controller.

As AFTV News points out, the new model also seems to lack a headphone jack and connects to the game console via Bluetooth instead of WiFi Direct.

In other words, it sounds like a step down from the first-gen hardware. But there could be a few good reasons for the change. Perhaps NVIDIA isn’t replacing last year’s Shield TV console, but introducing a cheaper alternative for folks that don’t want to pay $199 or more.

Or maybe there isn’t a second-gen console launching at all, and the new controller is just a lower-cost option for folks that want to buy a second controller for their existing NVIDIA Shield device. With a list price of $60, the original Shield controller isn’t exactly cheap.

Update: A new NVIDIA Shield remote control just hit the FCC too, lending a little more credence to the idea that a whole new console may be on the way… maybe.