One of these days (possibly Wednesday) Google’s going to get around to officially unveiling its new 7 inch tablet. But by then, there probably won’t be much we don’t know about the updated Google Nexus 7.

Thanks to a series of leaks, we have a good idea what kind of specs the tablet will have and what it looks like. Now one person even claims to have placed an order and an unnamed retail store — although the tablet hasn’t yet been delivered and it’s not entirely clear if the receipt is real. 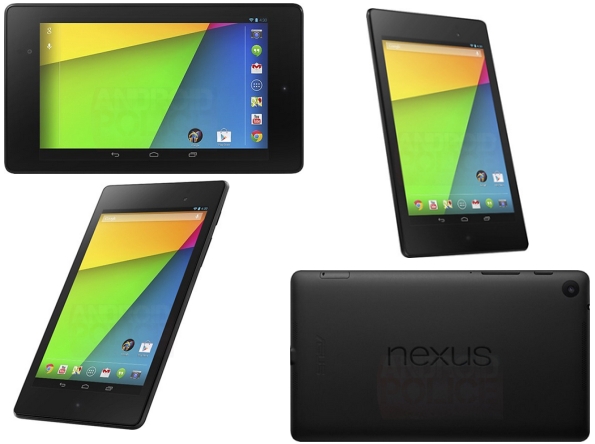 The folks at Android Police have posted a series of new images showing the next-gen Nexus 7 from pretty much every important angle. The pictures also show a new wallpaper, which could me the new default wallpaper for Android 4.3.

It looks like the bezels on the short sides of the tablet are a little wider than on the original Nexus 7, which should make the tablet a little easier to hold in landscape mode.

If all the leaks we’ve seen so far hold up, then you can probably expect the tablet to have a 7 inch, 1920 x 1200 pixel display, a 1.5 GHz quad-core processor, Android 4.3 software, wireless charging, and video output through a Slim Port.

You can find more pictures at Android Police. 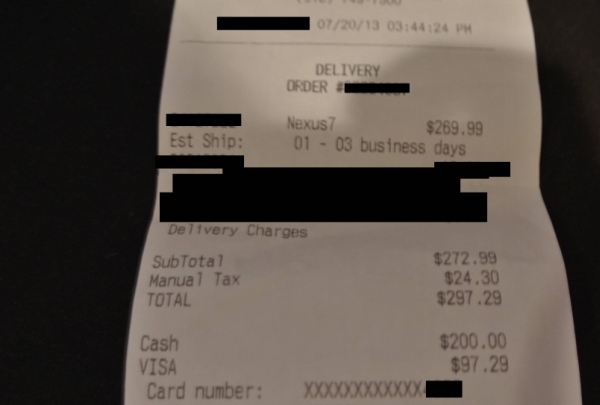 9 replies on “New Nexus 7 photos leaked, at least one might have been sold early”