It looks like LG has a new tablet on the way, and it has a big name, mediocre specs, and one unusual feature: an optional dock that adds ports, an extra battery, and a kickstand, among other things.

While the LG GPad X2 8.0 Plus hasn’t been officially announced yet, Android Police reports that details about the upcoming tablet were posted to a T-Mobile support page. 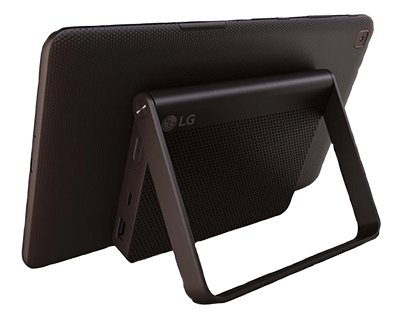 The most interesting/unusual thing about the tablet is the docking accessory which is shown in pictures on the website, but not described in any of the support documentation.

Fortunately, a leak from earlier this year helps fill in the blanks: it’s expected to be called the GPad Plus Pack and it has a 4,400 mAh battery, stereo speakers, and it seems to have at least one full-sized USB port, a micro USB port, a power button, and a proprietary connector for attaching to the back of the tablet.