HTC is holding an event March 25th where the company is expected to unveil its next flagship smartphone. But the company can’t seem to keep the details under wraps until then.

Information about the successor to the HTC One have been leaking for weeks, and now @evleaks has posted a new picture of the phone which will reportedly be called the “All new HTC One,” or something like that. 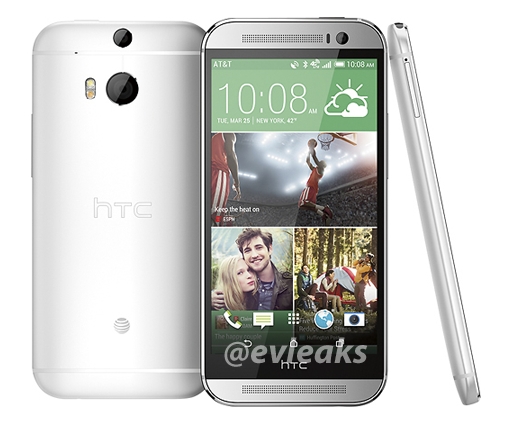 For the most part the new phone looks a lot like the original HTC One, complete with front-facing stereo speakers. The biggest physical difference is on the back of the phone, where there are two cameras.

It’s not entirely clear what the second camera lens is for, but companies have been demonstrating dual lens technology that helps enable optical zoom on smartphone cameras, or to shoot deep focus images. You could also theoretically use this type of lens to shoot 3D video, but that’d only matter if anyone really cared about 3D video these days.

According to one person who claims to have had some hands-on time with a prototype, the new HTC One has a 4MP front-facing camera which is reportedly quite nice and the phone is thinner and taller than the original HTC One.