Asus is rolling out a new line of laptops at Computex, including premium models like the Asus ZenBook S UX391 and ZenBook Pro 15 UX580, and mainstream models in its VivoBook series.

The Asus VivoBook 14 S430 and S15 S530 are 14 and 15 inch notebooks with 8th-gen Intel Core processors and optional NVIDIA graphics, while the VivoBook Flip 14 is a convertible model with a 360 degree hinge. 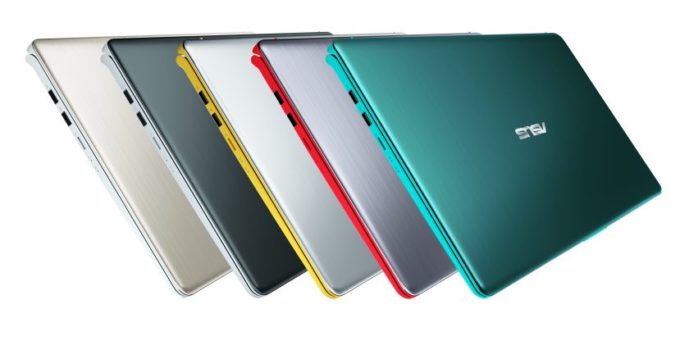 These laptops aren’t as thin or as light as the company’s ZenBook series devices, but they borrow a few design elements including relatively slim bezels and the “ErgoLift” hinge that brings the back edge of the laptop’s lid down below the base of the laptop, propping up the back and giving the keyboard a slight tilt so that there’s a 3.5 degree incline between the back and front.

Asus equips the laptops with three USB Type-A ports (two USB 2.0 and one USB 3.1), a USB 3.1 Type-C port, an HDMI port, and an audio jack as well as a microSD card slot and a fingerprint reader.

Asus hasn’t announced pricing and availability for all configurations yet, but I’m told that a VivoBook 15 S530 will be available in North America with a Core i5-8250U processor, 8GB of RAM, 256GB of storage, a backlit keyboard, a fingerprint sensor, and a grey chassis for $699.

This updated convertible features a single USB Type-C port, three USB Type-A ports, an SD card reader, a headset jack, and side-mounted power and volume buttons that are easy to reach in landscape or tablet mode. 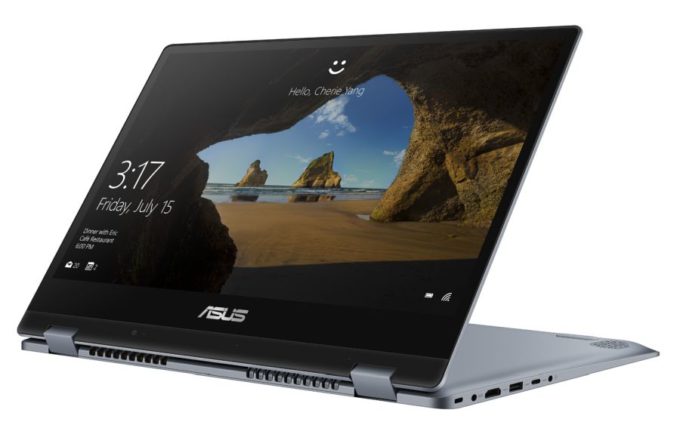 It has bottom-firing speakers, a fingerprint sensor built into the touchpad, and it comes in silver or grey color options.

Asus says one configuration that will be available in North America is an $850 version with a Core i7-8550U processor, 8GB of RAM 256GB of storage, and a 1080p display with 72 percent NTSC color gamut.