Like the look of Amazon’s new 6 inch tablet, but wish it came with a 7 inch screen? It does.

The new Fire HD 7 is basically the same tablet as the Fire HD 6… it’s just a bit bigger, has stereo speakers instead of mono, and has a starting price of $139 instead of $99. 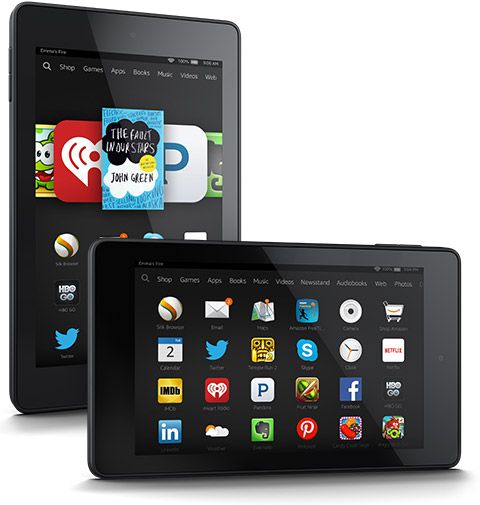 This model replaces last year’s Kindle Fire HD and drops the “Kindle” name altogether… which makes sense now that Amazon is branding its phones and tablets with Fire. The recently launched Fire Phone doesn’t use the Kindle name either.

Amzon does still use the Kindle name for its premium Kindle Fire HDX tablets though. Prices for those models start at $199 for a 7 inch tablet or $379 for a 8.9 inch model. Both feature high-resolution displays, more than 10 hours of battery life, dual-band WiFi, and optional 4G LTE.