Netgear is launching its first WiFi router that can be used high-speed 802.11ad wireless networks as well as 802.11ac.

The Netgear Nighthawk X10 also has a 1.7 GHz quad-core processor, support for 10Gigabit wired networks, and a built-in Plex Media server, which allows you to stream media from connected storage without turning on a PC.

Those features will cost you though: with a $500 price tag, the Nighthawk X10 is one of the most expensive consumer-oriented routers on the market. 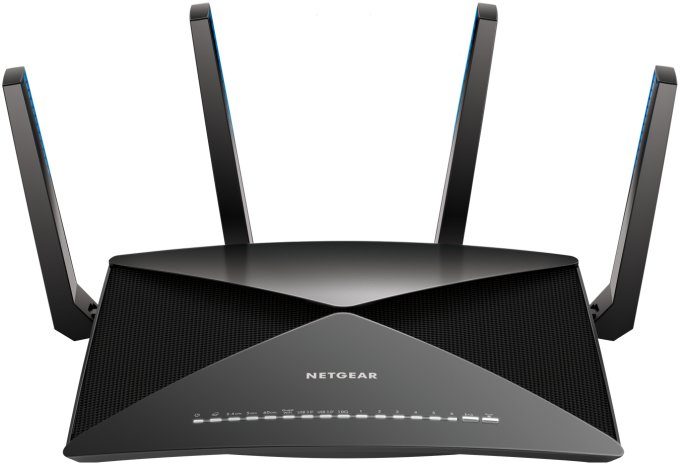 Like TP-Link’s router, the Netgear Nighthawk X10 offers combined speeds up to 7.2 Gbps… if you add up the theoretical max speeds of all of the device’s wireless features:

Actualy performance will likely vary depending on a bunch of hard-to-predict environmental variables.

The system has 6 Gigabit Ethernet ports, two USB 3.0 ports, and a few interesting software components. Not only can you plug a flash drive, hard drive, or SSD into a USB port to use the Plex media server feature, but there’s also an option to backup data from connected storage to Amazon Cloud Drive. Customers will get 6 months of free unlimited Amazon Cloud Drive storage with the purchase of a Nighthawk X10.

Overall, the router has an interesting feature set — especially if you’re looking for a router than can also act as a media server and cloud backup device. But the $500 asking price seems pretty high at a time when Netgear and other companies are also working to improve in-home wireless networking by offering multi-device router systems that sell for less than that.

Most of those systems don’t support 802.11ad WiFi yet though.