Netgear’s answer to the Google Chromecast has arrived. Like Google’s media streaming stick, the Netgear NeoMediacast NTV300D HDMI dongle is a pocket-sized device that you can plug into the HDMI port of your TV to stream video to your big screen from your phone or other devices.

But the NTV300D is more versatile than the Chromecast in some ways — it has a microSD card, for instance. So you can load up some videos on a storage card, insert it, and play those videos on you TV even without an internet connection. 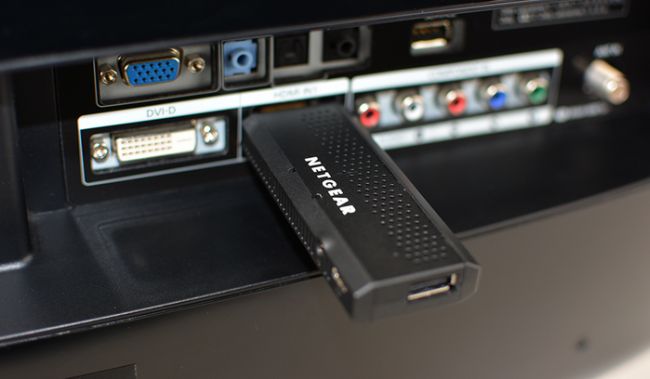 The Netgear dongle also supports 802.11ac WiFi and features Bluetooth 4.0 so that you can connect a Bluetooth remote control or other device.

On the other hand, part of what makes the Chromecast special is its simplicity — there’s really no user interface to speak of, so you don’t need a Bluetooth remote, keyboard, or other hardware with a Chromecast. You just use your phone to find content, tap a button, and it plays on your TV.

The Netgear NeoMediacast NTV300D can act as a secondary display for an Android device thanks to its support for Miracast wireless display technology. But it also runs its own Android-based software and includes apps such as a web browser, music and video players, and according to one press shot of the user interface, even Adobe Flash Player for Android. 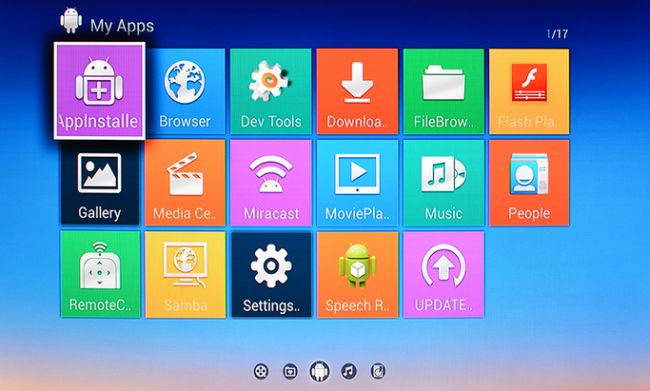 There’s also support for Samba networking, which means you should be able to connect to shared network drives to stream content to your TV.

Netgear says the device leverages the Android SDK so that app developers can easily allow their existing Android 4.2 or later apps to support the system. But a system that’s more versatile while also being more complex might be a bit less appealing to some folks.

It’s expected to launch in the first half of 2014. Netgear hasn’t yet announced a price for the NTV300D.