One side effect of the coronavirus pandemic is that a lot of people across the world are staying home… and getting online. In Europe, that’s led to increased network usage… and congestion.

So EU officials reached out to Netflix, and asked the company to do its part to reduce network congestion in order to ensure that nobody finds their internet service disrupted because too many people were trying to stream Stranger Things in 4K.

Now Netflix says it’ll help by reducing bit rates for all its video streams in Europe.

Update: Reuters reports YouTube will also lower its bit rate, streaming in standard definition rather than HD by default. And Engadget reports Amazon Prime Video is lowering bit rates in Europe as well.

Update 2: Apple and Disney too.

Update 3: YouTube will play videos in SD by default globally for the next month — you can still switch to HD or higher-resolution, but you’ll have to do so manually. 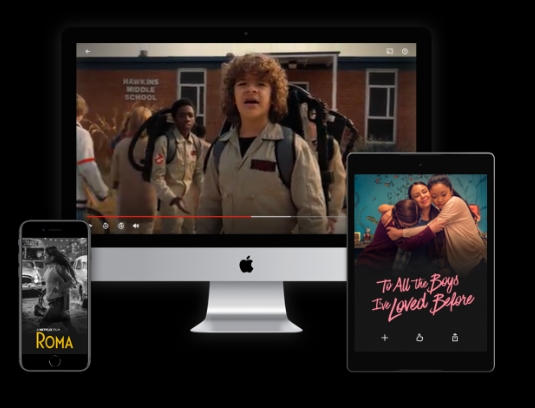 Netflix is responsible for more than 12-percent of all internet traffic, so if there’s one company that can reduce overall internet congestion, this would be the one.

In a statement to Protocol, Netflix says it’ll reduce bit rates in Europe for 30 days, which should “reduce Netflix traffic on European networks by around 25 percent while also ensuring a good quality service for our members.”

Netflix already uses adaptive streaming to adjust bit rates depending on the available bandwidth, but this move should further help reduce the streaming video service’s impact on European ISPs… even if that means customers might not always see the same high quality video they’ve come to expect.

There’s no word on whether countries outside of Europe may ask Netflix to take similar measures.

via Engadget and Reuters

4 replies on “Netflix to temporarily reduce streaming quality in Europe to cut down on network congestion (Update: YouTube, Amazon, Apple, and Disney too)”