Microsoft introduced support for a new type of app with the launch of Windows 10. Universal apps are designed to be able to run across a range of hardware and screen sizes, allowing the same app to work on a phone, tablet, PC, and TV screen.

But none of that matters unless developers actually release universal versions of their apps. The good news is that a growing number of developers are starting to do that.

Microsoft notes that in the last week alone, Netflix, Pandora, the Wall Street Journal, and others have launched Universal apps. 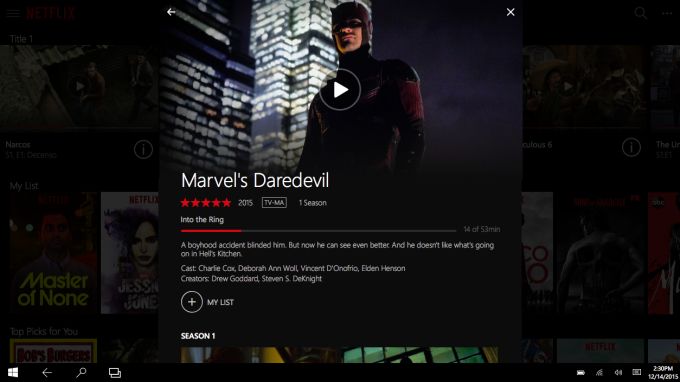 The new Netflix app should look familiar to anyone that’s used Netflix on a smartphone, tablet or TV. What’s new is that the same code now runs on phones, tablets, and larger computers running Windows 10 — even though all Windows 10 phones released so far have ARM-based processors, while most desktops, notebooks, and tablets have x86 chips.

Netflix also incorporates Windows 10 features. You can pin the app to the Start menu and see a Live Tile showing the latest show you’ve been watching. And you can use Cortana voice commands to search for a TV show or movie in Netflix.

Pandora, meanwhile, has released a new version of its internet radio app that also includes support for Live Tiles. You can pin the app to your Start Menu to see the song that’s currently playing. Or you can pin individual stations directly to your Start Menu. 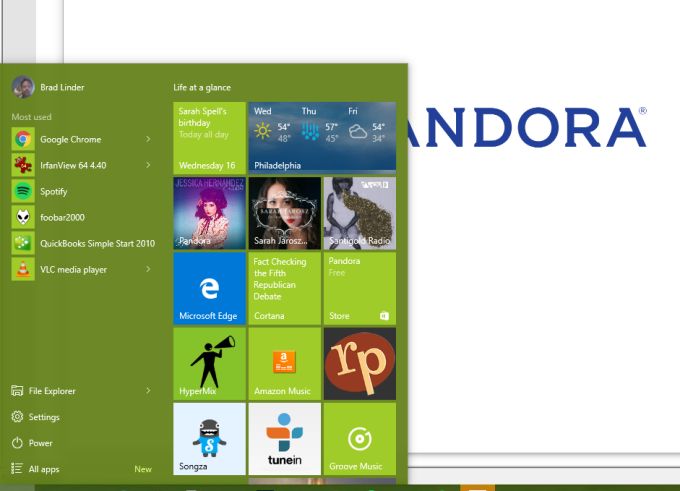 If you’re using a tablet or phone you can also use the device’s volume buttons to skip or pause tracks. And details about the song that’s currently playing will show up on your lock screen.

Pandora says it’s also working on adding support for Cortana, but it’s not included in the initial release.

But only Universal apps will run in that mode: you can’t currently run legacy Windows apps designed for non-phone devices (although that may eventually change). As more Universal apps are released, the distinction might become moot… although Continuum for Phone still isn’t ideal for heavy multi-taskers: you can only view one app at a time since all desktop apps will run in full-screen mode.