Every now and again Netflix hosts a hack day, where developers at the company whip up tools that will pause a video when you fall asleep, let you password-protect your user profile, or create custom playlists.

The company held the latest Netflix Hack Day in the first week of March and one team got Netflix to run on an NES game console… seriously. 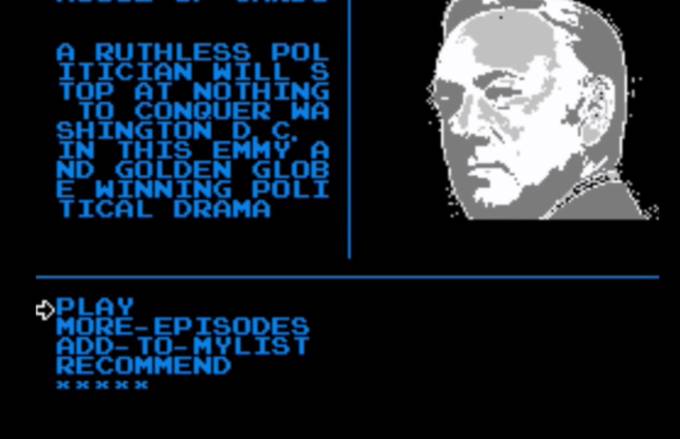 The darNES hack creates an 8-bit user interface for Netflix and a menu system that can be controlled using the NES game controller. It evenplays videos… they have awful resolution, color depth, and frame rates.

Another hack that probably won’t see the light of day? BEEP.

That stands for Binge Encouragement and Enforcement Platform and it’s a silly hack that uses face-tracking technology to discover when you’re looking away from the screen. Get distracted by something that’s not playing on Netflix? The screen goes bright red and your computer emits a loud beeping sound to remind you that you’re missing crucial seconds of the latest episode of Unbreakable Kimmy Schmidt… or Kitten Party.

One actually kind of useful hack is called Say Whaaat!!! It displays subtitles when you hit the pause button — even if subtitles are turned off. This lets you catch missed dialog without leaving subtitles on all the time and saves you from having to rewind and listen to the same phrase 6 times before you realize it was in Klingon.

You can check out some of the other Hacks at the Netflix Tech Blog… including one that keeps your partner from watching shows without you by requiring both partners to enter their PIN numbers before a video starts.

Theoretically it’s possible that some of these hacks could eventually be incorporated into the Netflix service… but the company isn’t making any promises.