Netflix has been offering an app for Android smartphones for months, allowing users to stream videos directly to a phone. But so far only two tablets running Google Android 3.x Honeycomb officially support Netflix: The Lenovo IdeaPad K1 and ThinkPad tablets which were both launched last week. 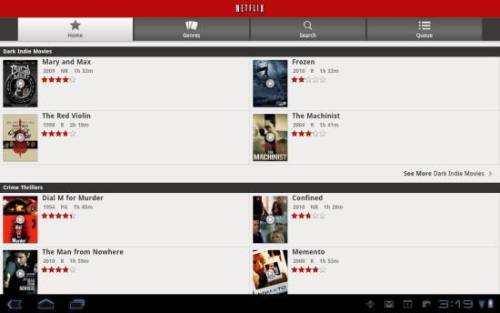 It didn’t take hackers long to figure out that the Netflix 1.3 app does work on many other Android tablets if you install it manually, but it looks like another popular tablet may be getting official Netflix support soon.

The official specs for the Asus Eee Pad Transformer now show Netflix among the list of apps for the tablet, along with the Zinio magazine app, a file manager, and some other Asus software.

The latest Netflix app doesn’t actually work with the Eee Pad Transformer out of the box, but hackers have put together an unofficial software patch that you can apply to get it working. It’s not yet clear whether the new spec sheet means that a new version of Netflix will be available soon or that Asus will be issuing a software update which includes Netflix soon. Either way, the Netflix app will only work on US versions of the Transformer.

The Asus Eee Pad Transformer features a 1 GHz NVIDIA Tegra 2 dual core processor, a 10.1 inch, 1280 x 800 pixel display, and Google Android Honeycomb operating system. Asus offers an optional keyboard dock that lets you use the tablet like a laptop, which is why it’s called the “transformer.”