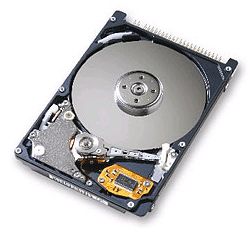 There’ve been a number of reports over the last few days about how the percentage of netbooks using solid state disks instead of hard drives is expected to fall in 2009. SSDs may be more durable and, in some cases, faster than hard drives. But they’re also much more expensive, which means most netbooks with SSDs have 16GB or less of storage capacity, while hard drive based mini-laptops typically have from 40GB to 160GB of space.

Now DigiTimes is reporting that hard drive makers including Seagate, Western Digital, and Hitachi are working on technology to make 2.5 inch hard drives even cheaper. Today the hard drive is typically one of the most expensive components of a netbook, with computer makers paying as much as $45 for a hard drive. By reducing the cost of platters, heads, and other components, the hard drive manufacturers are hoping to bring the costs down by 40% or more starting in late 2009.

If this turns out to be true, it means that we will probably see more hard drive-based netbooks in 2009. It also means that we might be able to expect a small drop in the prices of netbooks during the second half of 2009. Or a jump in profit margins for netbook retailers anyway.

Of course, flash memory prices are continuing to fall as well and eventually it’s possible that we could see solid state disks replace hard drives altogether in low end machines like netbooks as well as high end computers. After all, it wasn’t that long ago when you could only find SD or CF cards measured in megabytes. Now you can pick up an 8GB memory card for your camera for under $20.