The Neptune Pine smartwatch is a wearable Android device that’s more like a phone with a wrist strap than a watch with smart functions. While smartwatches like the Pebble, Samsung Galaxy Gear, and Qualcomm Toq are designed to show notifications from your phone, the Neptune Pine can be your phone, letting you make calls, surf the web, enter text on a QWERTY keyboard and more.

The folks behind this smartwatch first started showing off the concept in February, and this week they launched a Kickstarter campaign to turn the idea into reality. The project shot past its $100,000 goal in the first day.

If all goes according to plan, the first Neptune Pine watches could ship to backers as soon as January. 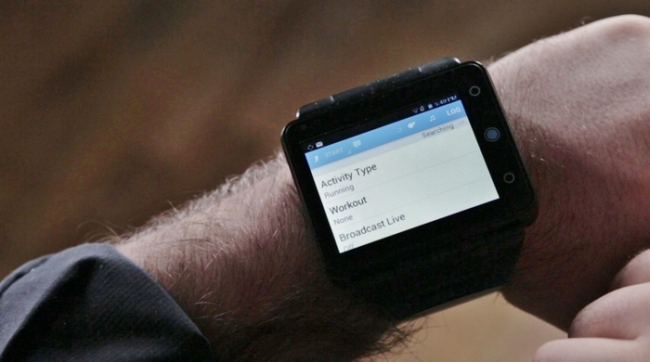 Eventually the Neptune Pine is expected to sell for $335 Canadian, but early adopters can try to reserve one through Kickstarter pledges of $199 or more.

The watch basically has the guts of a small phone (or a big watch). It features a 2.4 inch, 320 x 240 pixel TFT capacitive touchscreen, a 1.2 GHz Qualcomm Snapdragon S4 dual-core processor, support for 2G and 3G HSPA+ networks, WiFi, Bluetooth, GPS.

The Neptune Pine has 512MB of RAM and will be available with 16GB to 32GB of built-in storage. Right now it runs Android 4.1 Jelly Bean, but the goal is to release Android 4.4 KitKat as an over-the-air update after the watch starts shipping.

It also has a VGA front-facing camera and 5MP rear camera. They both have LED flash support. If you’re wondering why there’s a camera on the back of the device (you know, the part facing your wrist), that’s because you can pop the whole device out of the wrist strap and use it as a tiny phone, camera, or handheld device. 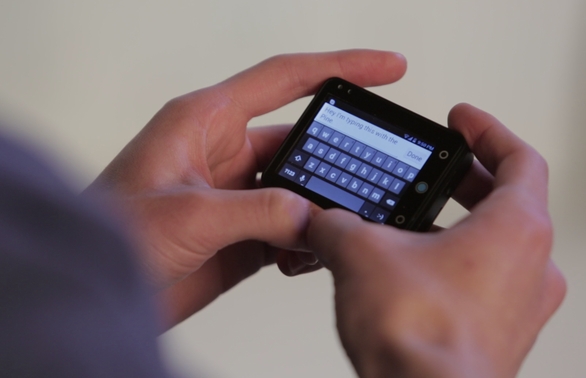 You may also be able to attach it to something other than a wristband if you want to use the Neptune Pine with a bike, helmet, or other hardware.

There’s also a speaker and mic, and a series of sensors including an accelerometer, gyroscope, and compass.

While the basic idea hasn’t changed much since February, the final design does feature a faster processor — and also a lower-resolution display. If the team reaches a stretch goal of $300 thousand, the developers will also develop a CDMA version of the device with support for Verizon, Sprint, Telus, and Bell networks.

There’s certainly something attractive about a single device that you can use as a phone or watch — but while a device like the Neptune Pine kind of offers the best of both worlds, it might also offer the worst. It has a screen that’s small and low-resolution for a phone, but huge for a watch, for instance.

At this point the Neptune Pine also isn’t a Google certified device, so while it can run most Android apps, you’ll have to figure out how to install any apps that aren’t readily available out of the box.

4 replies on “Neptune Pine smartwatch (or watchphone) could launch in January, 2014”