It’s been a year and a half since the makers of the Neptune Pine launched a Kickstarter campaign for a smartwatch that you could either pair with an Android phone… or use in stead of an Android phone.

Now it’s shipping to backers of the crowdfunding campaign. 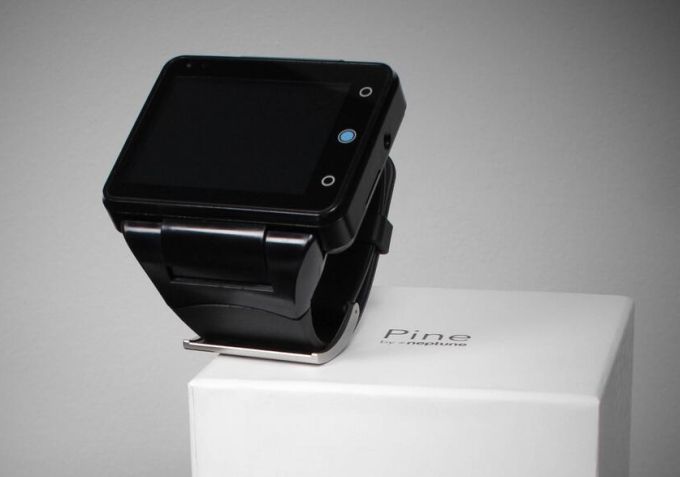 The team had originally hoped to ship the first units by January. That clearly didn’t happen — but it’s nice to see that the Neptune Pine has finally made the leap from prototype to real product.

If you didn’t get in on the crowdfunding effort you can pre-order one now for $349 and up… if you’re still interested in a device of this type.

What makes it unlike most smartwatches on the market is that this little guy is basically a phone that you can wear on your wrist. It supports 2G and 3G cellular networks, has a speaker and microphone, and you can use it to make calls, send text messages, and run Android apps.

You can also pair it with an Android phone to receive and respond to notifications on your wrist.

It’s more expensive than the latest smartwatches from LG, Samsung, and Pebble. But if you think of it as more phone than watch it might be worth the price… if you’re willing to spend money on a tiny phone (or enormous watch) with specs that looked good 18 months ago.