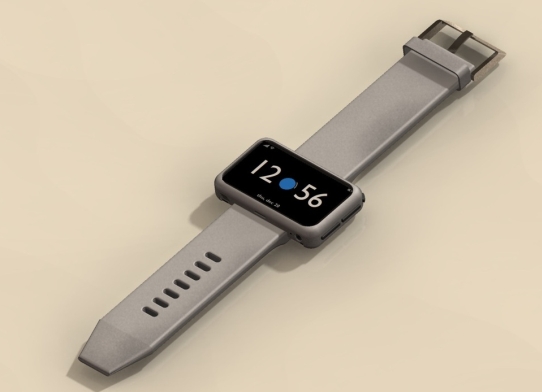 The phone has a 1 GHz single core ARM Cortex-A9 processor, a 432 x 240 pixel (202 ppi) display, and supports WiFi, Bluetooth, and GPS. It has a micro SIM slot, and a built-in mic as well as support for the included headphones and Bluetooth headset.

The device supports GSM and HSPA networks, and it’s expected to come in 8GB, 16GB, and 32GB varieties. It’s supposed to get up to 5 hours of talk time or 120 hours of standby time from an 800mAh battery — but it’s not clear if that means you can actually stare at the time with the watch on your wrist for 5 days straight, or if that’s just how long the battery’ll last if you turn off the screen (and disable the wireless features).

The Neptune Pine runs a modified version of Android called Leaf OS, but includes a number of apps including email, phone, messaging, clock, radio, weather, and maps apps as well as a web browser. 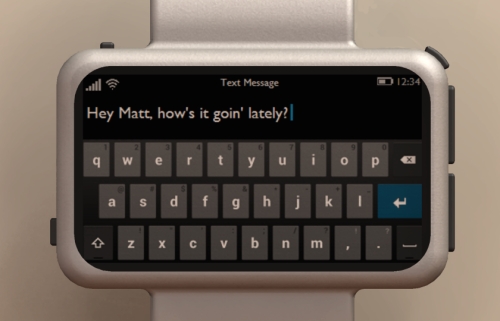 On paper, it all sounds pretty good — but a 2.5 inch display sounds absolutely huge for a watch… and ridiculously small for a touchscreen device with an on-screen keyboard.

The company says the individual keys on the keyboard are actually the same size as those on a 3.5 inch iPhone — but that leaves very little room for anything but the keyboard on the screen.

Fortunately you can pop the Pine out of the wristband for two-handed typing, but I suspect it’d be easier to use Android’s voice input features to enter text.