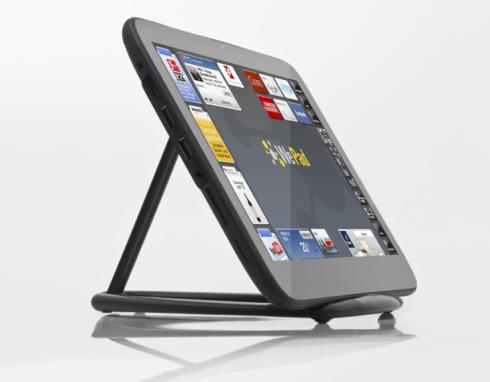 Unfortunately when Germany company Neofonie launched the tablet a few weeks ago, the only prototype on hand was showing a video demo of the user interface instead of running the actual software that’s supposed to ship with the WePad. So Neofonie produced a new video showing he UI in action. And now the company has gone a few steps further by inviting a handful of tech journalists back to get a closer look at the WePad.

After the break you can find hands-on videos from Android Pit and Netbook News.de.

Unfortunately all of the videos are in German. But there’s a good 35 minutes of footage showing that the WePad really does work the way it’s supposed to.

The home screen is full of widgets for Facebook, Google, and other services. I’m particularly impressed with the sidebar where you can scroll your finger to change your position on the home screen to see different widgets.

Neofonie has also added a series of promotional photos of the tablet to its web site, including the one above. You can find more at WePad.mobi.