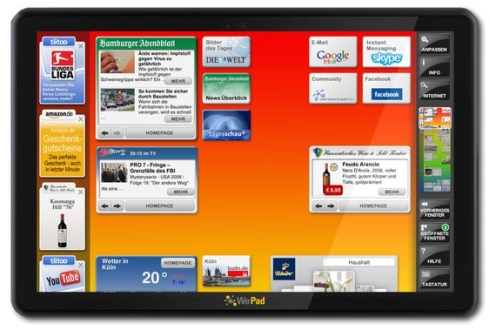 How do you make an iPad even cooler? Make it plural. At least that seems to be the reasoning behind the Neofonie WePad. No, they’re not selling two Apple tablets. They just took the “i” and made it “We.” Other than that, the German company’s tablet doesn’t really have that much in common with the iPad other than a touchscreen display.

Update: It looks like the WePAD is based on a design from Taiwanese PC maker Pegraton, which was showing off a prototype at CES earlier this year. You can check out some hands-on videos here.