Once upon a time, before Nokia joined forces with Microsoft, the company produced a line of high-end smartphones designed to run the open source Maemo Linux operating system. Those days are long gone, but some folks are keeping the dream alive — and hoping to raise funds to build an unofficial successor to the last Maemo phone, the Nokia N900.

If all goes according to plan, the upcoming Neo900 will have the look and feel (and some of the same hardware) as that discontinued phone, but a faster processor, more RAM, and the ability to run a wide range of software including Maemo, Android, or possibly other software such as Ubuntu or Firefox OS. 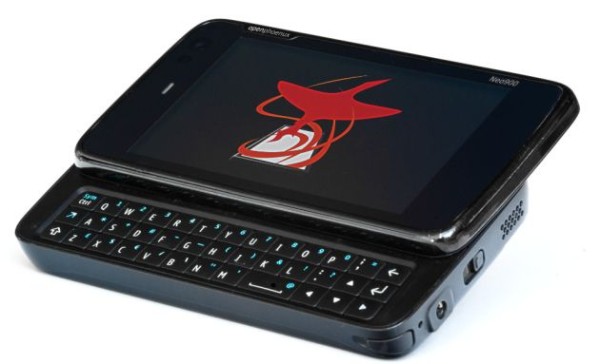 The goal is to deliver an entirely open platform, using no proprietary binary blobs, which should make it relatively easy (for folks who know what they’re doing) to port new operating systems to run on the device. But it’s pretty clearly designed as a successor to the N900, with a similar case design and similar (but somewhat more up-to-date) hardware.

By today’s standards, some of the specs of the Neo900 look a bit dated — but that’s because they’re designed to work with an operating system designed for a 4-year old phone. So while the 3.5 inch, 800 x 480 pixel resistive touchscreen display might not exactly be state of the art, it’s not that bad if you plan to use a stylus and not just your fingers to touch the screen.

Other specs have been updated significantly. While the Nokia N900 had 256MB of RAM, or instance, the Neo900 is designed to have 512MB to 1GB of memory.

It’ll use an ARM Cortex-A8 processor like the N900, but the team plans to use a TI DM3730 processor instead of a 600 MHz TI OMAP 3430 CPU. And in addition to HSPA, there may also now be options for CDMA and 4G LTE connectivity.

If you’re looking for a powerful new Android phone with a great screen, this isn’t it. But the Neo900 has the potential to appeal to folks who value open hardware and software over bleeding-edge specs or a fancy app store.

The project is still in the relatively early phases, but it’s based on an existing product called the OpenPheonux GTA04. The next step will be to run a crowd-funding campaign to raise funds to start building the device.

Right now it looks like it’ll take about 200 backers willing to pre-order Neo900 devices for about 700 Euros (over $950 US) in order to make the transition from idea to real product.