The Necunos NC_1 looks like a typical smartphone. But instead of Android or iOS it’s designed to run GNU/Linux-based software. And… it doesn’t have a cellular modem or SIM card slot.

So basically it’s a phone-shaped Linux tablet. Or something. Whatever it is, it’s up for pre-order starting today and it’s scheduled to start shipping to customers in March.

The Necunos NC_1 is also described as “an engineering unit,” which suggests it’s aimed at early adopters. If the platform takes off, it could theoretically pave the way for the makers of this device to ship actual phones that can make calls and access data over cellular networks. 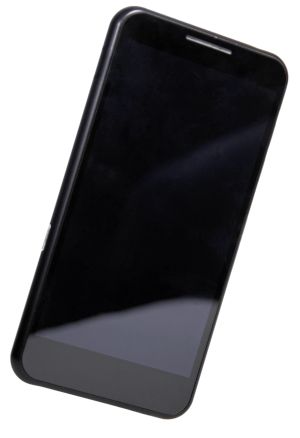 Pre-orders are opening just over a month after a Finnish startup called Necuno Solutions first announced the phone. Since then the company has changed its branding. Instead of Necuno Mobile, the company’s first two handheld devices will be called the Necunos NC_1 (community edition) and the Necunos NE_1 (enterprise edition with an emphasis on security features). Only the community model is up for pre-order today from the company’s website. Folks interested in the enterprise model can contact [email protected]

It’s a limited-edition device: only 500 will be manufactured in the first batch, which may help explain why it costs so much. Necuno Mobile is charging 1199 Euros (~$1360) for the device. That price includes VAT and international shipping, but it’s still a lot of money for a gadget with a 6-year-old processor.

Customers can also opt for a model with or without the screen attached (the latter option being aimed at developers).

In other words, it’s kind of a lousy deal if you’re just considering the hardware. Clearly this is a mobile device aimed at folks who value free and open source software over functionality and performance. But it’s not entirely free from proprietary software. There will be some closed source firmware included for interacting with some hardware such as the wireless card. But Necuno says that firmware will be isolated so that it cannot access the phone’s memory.

The Necno NC_1 is available with a choice of operating systems/user environments, including:

Or you could wait for Purism to start shipping its upcoming Linux-powered Librem 5 smartphone, which has a newer, more powerful processor and the support for cellular networks. The corporation recently started shipping development kits to customers.