Most modern smartphones come with one of two operating systems: Android or iOS. But open source enthusiasts who are unhappy with those choices have been dreaming of a truly open, GNU/Linux-based phone.

Purism is building one, but it’s not ready to ship yet. Pine64 may have one on the way soon as well. And now you can add another phone to the mix: the Necuno Mobile.

Finnish company Necuno Solutions has unveiled plans to launch a phone with a 5.5 inch touchscreen display, a quad-core processor, and a Linux-based operating system with the KDE Plasma user interface. 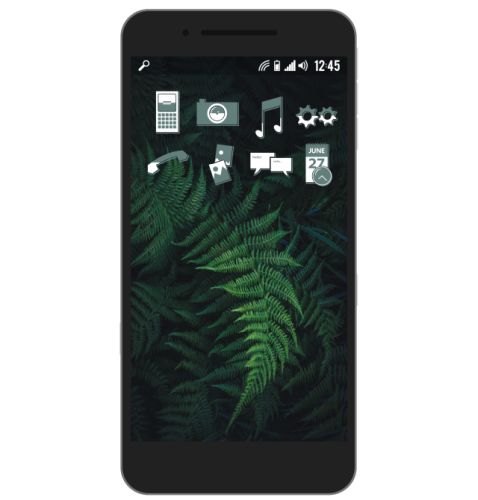 There’s no word on when the Necuno Mobile will be available for purchase or how much it’ll be cost. On paper its spec sheet doesn’t look all that exciting. But it’s the software that makes the phone unusual.

Powered by an NXP i.MX6 ARM Cortex-A9 quad-core processor, the phone is using a 32-bit chip that’s about six years old. On the bright side, there’s enough documentation for that processor to let developers use only free and open source software for the operating system.

There is still some closed source firmware required for the WiFi, 4G LTE, and a few other pieces of hardware to work. But Necuno says none of the closed firmware can access the phone’s memory.

So will the Necuno Mobile be the fastest phone available if and when it ships? Nope. But it might be one of the most FOSS-friendly.

The phone also has a headphone jack and a notch-free display, if you’re into those sorts of things.

Other features include a micro USB port, power and volume buttons, and a programmable button that can be used for other functions.

It’s unlikely that any of the planned Linux phones will topple the Android/iOS duopoly that exists right now. BlackBerry OS is dead. Windows Phone is dead. Symbian is dead. Firefox OS is dead. Sailfish has a negligible market share. And Ubuntu Touch is only holding on thanks to a small team of volunteers who picked up the torch when Canonical threw it down a well. I doubt niche devices like the Necuno Mobile are going to turn the tide. But I also doubt that the folks behind this kind of open source phone have any expectation of shipping millions of units.

Instead, it’s a niche device designed specifically for folks who value the ability to run non-proprietary software on all of their devices and are willing to pay for a device that meets their needs… even if it can’t necessarily do everything an iPhone, Galaxy, or Pixel device can.

One reply on “Necuno Mobile: an open source smartphone with KDE Plasma Mobile”