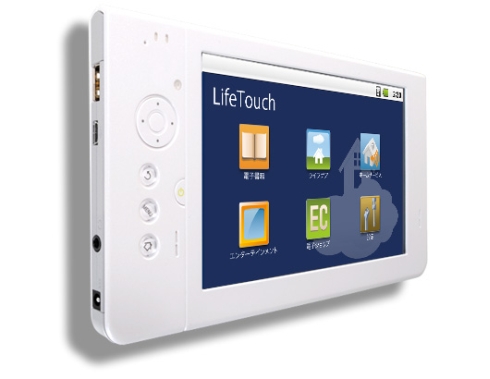 NEC is reportedly planning to showcase a dual screen Android tablet at CES in January. The company recently launched a line of 7 inch Android tablets in Japan, but so far those devices aren’t available in the US. It’s not clear whether a CES launch in Las Vegas means we can expect to see the new dual screen model in the US or not, but that doesn’t really make the product any less intriguing.

According to PC World, the tablet will be part of the same LifeTouch brand as the company’s existing tablets. But instead of a single 7 inch screen, it will have two.

The tablet will also have WiFi, Bluetooth, and 3G. Ther’es no word on what kind of touchscreen or what version of Android the tablet will run.