Japanese electronics maker NEC plans to launch a series of displays with BIG screens and tiny computers for their brains.

The new displays should be available in January, 2017. 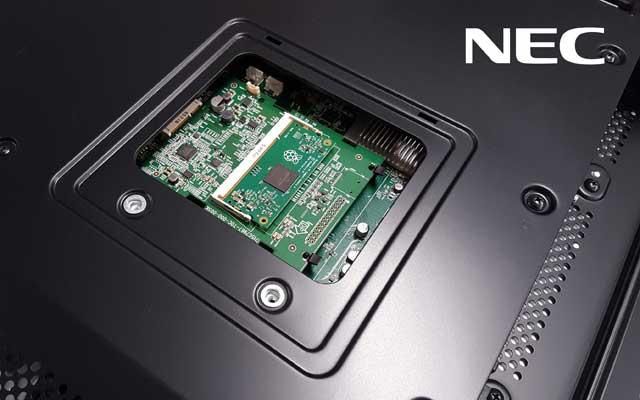 The Raspberry Pi Compute Module is a tiny PC that looks like a stick of laptop memory. First introduced in 2014, it’s basically a small alternative to a full-sized Raspberry Pi computer (which is only about the size of a credit card).

The Compute Module doesn’t have all the ports you get on a normal Raspberry Pi, but that’s because it’s not meant to be used as a standalone computer. Instead, it’s a system that you can use to build hardware that uses a Raspberry Pi computer for its memory, storage, and processing power, and which can run all Raspberry Pi-compatible software.

It sounds like NEC will be one of the first companies to release a product with Compute Module 3 support, but the Raspberry Pi Foundation says there are plans to release the new PC-on-a-module more widely later in 2017. 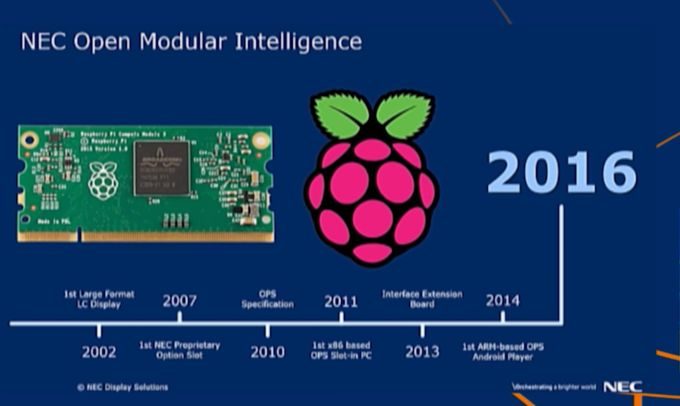 Raspberry Pi co-founder Eben Upton says the organization has been working with NEC on the new product lineup for over a year, and in addition to supporting a normal Compute Module, the system will also support a special version which has 16GB of eMMC storage (as opposed to the usual 4GB).

In addition to digital signage, Upton says he envisions the NEC displays being used for interactive presentations and other Internet of Things applications.

And unlike some smart displays, these NEC screens should be relatively easy to upgrade as the Raspberry Pi Foundation releases future versions of its Compute Module.