Japanese device maker NEC is updating its line of thin and light laptops with a new model that sports a 12.5 inch touchscreen display and a fanless design. The new NEC LaVie Note Mobile weighs just about 2 pounds and measures about two thirds of an inch thick.

But while the laptop is brand new, the processor under the hood is not. The NEC LaVie Note Mobile ships with a choice of 7th-gen Intel Kaby Lake-Y processor options. Those chips were originally released in late 2016 and early 2017. 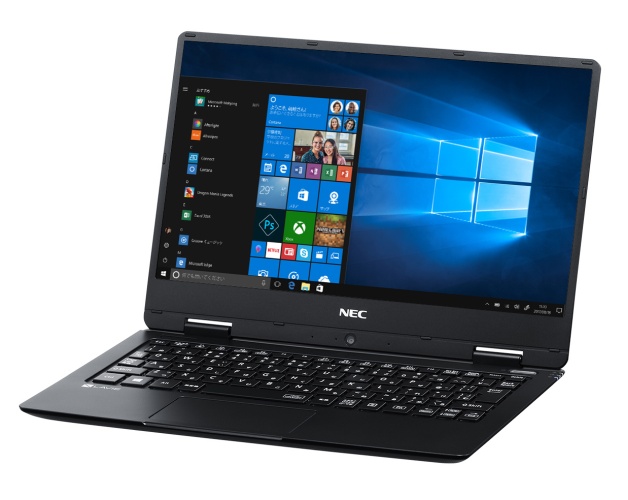 The move isn’t all that surprising. This is compact, fanless computer, and PC makers have been using Intel’s low-power Y-series chips in this sort of device for the past few years. Unfortunately Intel has yet to release an 8th-gen Y-series chip. Heck, the company hasn’t even released an 8th-gen Core i3 processor yet.

So NEC and other PC makers can either opt for an aging chip or look to a more power-hungry solution like an Intel Core i5-8250U or AMD Ryzen 5 2500U… but going that latter route could require a thicker and heavier design and/or a fan for active cooling.

The computer has a full HD display, support for up to 8GB of RAM, up to 512GB of solid state storage, 802.11ac WiFi, Bluetooth 4.1, fingerprint readers, and Windows 10 Home or Pro software.

Prices start at about $960, but the NEC LaVie Note Mobile will probably be available exclusively in Japan at launch.