Want to move from Windows or OS X to Ubuntu or another GNU/Linux operating system? You’ll lose Microsoft Office, Adobe Photoshop and some other apps that aren’t available for Linux, but you’ll be able to use open source alternatives such as LibreOffice and GIMP.

But up until now there’s been one thing that’s been tricky to do on Linux: stream movies and TV shows from Netflix.

While developers have found several workarounds in the past few years to let you use Netflix on a Linux computer, Netflix hasn’t officially supported the platform. That could change very soon. 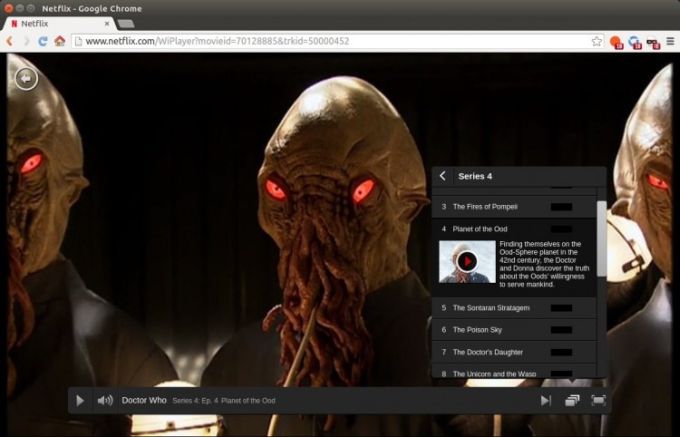 Netflix developer Paul Adolph sent a message to the Ubuntu developer mailing list explaining that Netflix would work in the Google Chrome web browser as long as NSS 3.16.2 or later is installed. NSS is set of security libraries that, among other things, would allow Netflix to stream in a browser while making it difficult for users to download and save videos.

The next version of Ubuntu which is set to launch in October already features a newer version of NSS, and according to an Ubuntu developer, the next security update for Ubuntu 14.04 LTS could also include NSS 3.17.

Once that happens, it looks like Netflix will consider removing user-agent restrictions that currently prevent users from streaming its videos on  computers running Ubuntu.

In other words, it could be just a matter of weeks or months before there’s native support for Netflix on computers running Ubuntu. Theoretically this could also pave the way for Netflix to work on systems running other Linux-based operating systems.

For a long time the reason Netflix wouldn’t work on Linux was because it relied on Microsoft’s Silverlight technology for video streaming, and Silverlight doesn’t work with Linux. But Netflix now uses HTML5 for streaming on some operating systems… as long as there are security features in place to prevent piracy.

12 replies on “Native support for Netflix coming to Ubuntu”