Mini-laptops and handheld computers with small screens are niche devices that tend to carry high price tags these days. But for the past few years Japan’s Don Quixote has been bucking the trend with the Nanote line of mini-laptops featuring low prices… and modest specs.

The latest model is a 7 inch mini-laptop with called the Nanote Next, and it’s available for pre-order in Japan for the equivalent of $260. 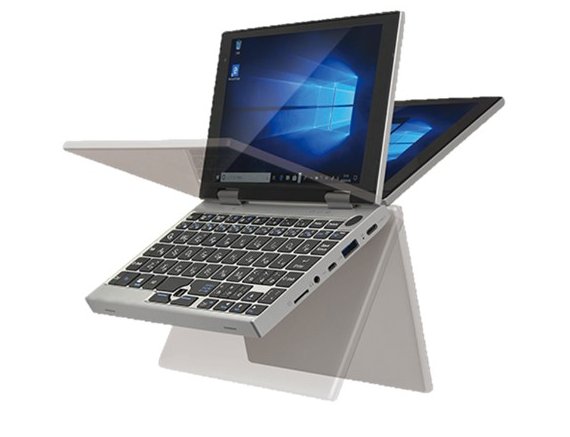 The Nanote Next features a 7 inch, 1920 x 1200 pixel IPS LCD touchscreen display, a 360 degree hinge that lets you position the computer for use in laptop or tablet modes, 8GB of LPDDR4 RAM, and a 64GB SSD. It’s powered by an Intel Pentium Silver J4205 processor, which is a 10-watt, quad-core chip from 2017 that’s based on Intel Apollo Lake architecture.

While the processor isn’t exactly a speed demon, it should bring a small performance boost over the 6-watt Pentium N4200 processor used in last year’s Nanote P8. But more importantly, the Nanote Next uses solid state storage rather than eMMC. That should bring a significant increase in read/write speeds. The laptop’s makers say that upgrade alone can help websites load about 50% faster on the Nanote Next when compared with the Nanote P8.

The processor isn’t the only underwhelming feature though. The laptop’s webcam is VGA-quality, at just 0.3MP. And wireless capabilities top out at WiFi 4 and Bluetooth 4.0.

Still, it’s nice to see a mini-laptop that’s aimed at the budget market, even if it’s not necessarily a very impressive mini-laptop.