The NanoPi R4S is a tiny, low-power computer from FriendlyELEC is a 2.6″ x 2.6″ single-board PC with a Rockchip RK3399 hexa-core processor and 4GB of RAM. With two Ethernet ports but no video output, the little device is designed for use as a headless computer or compact router rather than a desktop computer that can be plugged into a monitor or TV.

When FriendlyELEC first launched the NanoPi R4S in late 2020 it shipped without any storage, meaning you needed to install an operating system on a bootable microSD card. Now there’s also a NanoPi R4SE model that comes with 32GB of eMMC pre-installed, so the microSD card is entirely optional.

The NanoPi R4S and R4SE are available from the FriendlyELEC store with prices starting at $65 for a model with 4GB of RAM and no storage or $70 for a 4GB/32GB configuration. Theoretically you could also pay as little as $45 for a model with 1GB of memory… if those models were still in stock, but it appears FriendlyELEC has sold out of the lower-priced options.

At the heart of the little computer is the RK399 processor, which features two ARM Cortex-A72 CPU performance cores and four Cortex-A53 efficiency cores and Mali-T864 graphics (which I suppose could come in handy for decoding streaming video or games for streaming even if you can’t plug in a display). 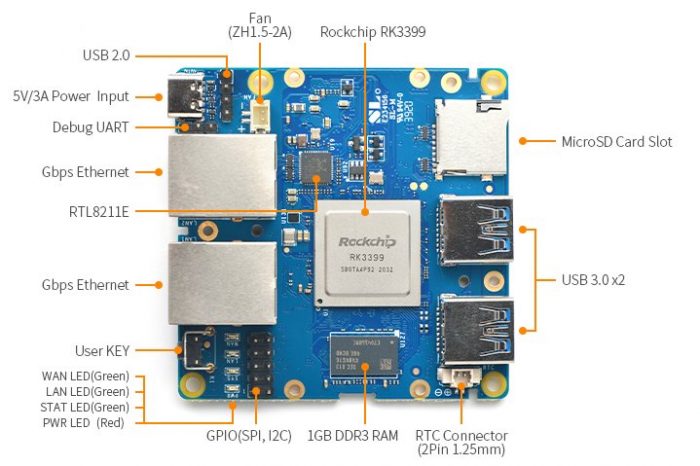 There are also GPIO and UART pins, status LED lights, an RTC connector, and a connector for an optional fan – but keep in mind that the metal case was designed for fanless use. 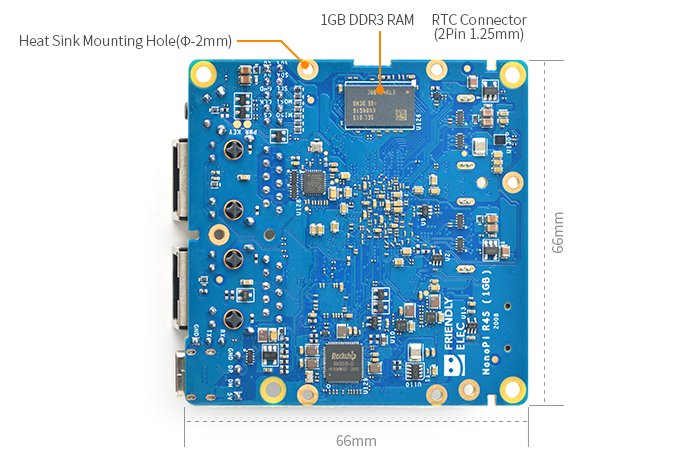 You can find more details about the hardware at the FriendlyELEC wiki, where you’ll also find download links for several operating systems including the Ubuntu-based FriendlyCore and OpenWrt-based FriendlyWrt.