The folks at FriendlyARM produce a range of single-board computers including a model that basically looks like a Raspberry Pi (but which packs more power), and a few smaller models that are less than half the size, but which are still basically full-fledged computers that could be used for Internet-of-Things applications, or even as a tiny, low-power desktop.

FriendlyARM’s latest mini PC is called the NanoPi Neo Plus2 and at about 40mm x 52mm, it’s half the size of a Raspberry Pi computer. But it has a quad-core ARM Cortex-A53 processor, 1GB of RAM, 8GB of eMMC storage, Gigabit Ethernet, 802.11n WiFi, and Bluetooth 4.0.

It’s a surprisingly versatile little computer given its small size. And it’s got a reasonably small price too: FriendlyARM sells the NanoPi Neo Plus2 for $25. 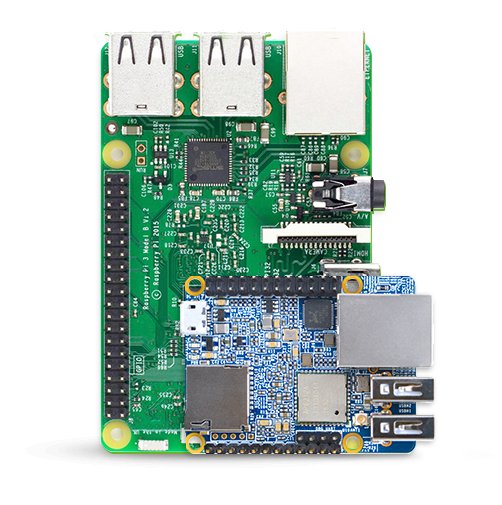 The system also has two USB 2.0 ports, a microSD card slot, a micro USB port (for power), and a set of GPIO pins for developers (or for connecting HATs to extend the little computer’s functionalit).

Equipped with an Allwinner H5 processor with Mali-450 graphics, FriendlyARM says the system supports mainline U-boot and Linux and the company offers Ubuntu Core 16 and Debian NAS operating systems. Don’t expected hardware-accelerated graphics in Linux anytime soon, but you might have better luck on that front with Android.