Fuhu’s Nabi line of tablets are aimed at kids. They tend to feature rugged case designs, parental controls (so maybe they’re really aimed at parents), and simple user interfaces. But under the hood they run Google Android, which means they can run a pretty wide range of software.

A few months ago Fuhu introduced two new models, a $100 Nabi Jr tablet for kids and a $250 Nabi XD tablet aimed at tweens. Now they’re both available from Best Buy. 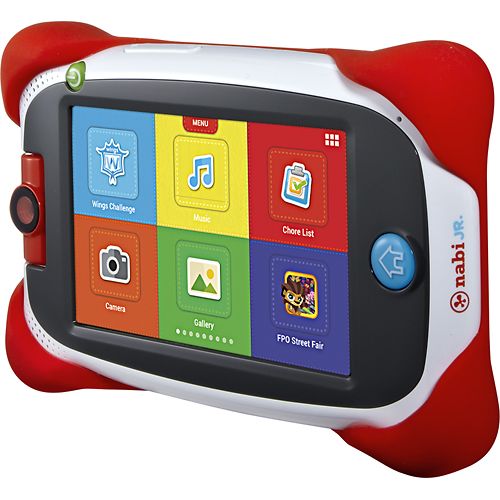 It has a single camera which can rotate to face the front or back of the tablet, and a rugged plastic case which makes the Nabi Jr thicker than most small tablets, but hopefully a bit sturdier. The Nabi Jr measures 0.9 inches thick and weighs about 1.5 pounds.

The tablet ships with Fuhu’s Nabi app store which is loaded with kid-friendly apps rather than the Google Play Store. 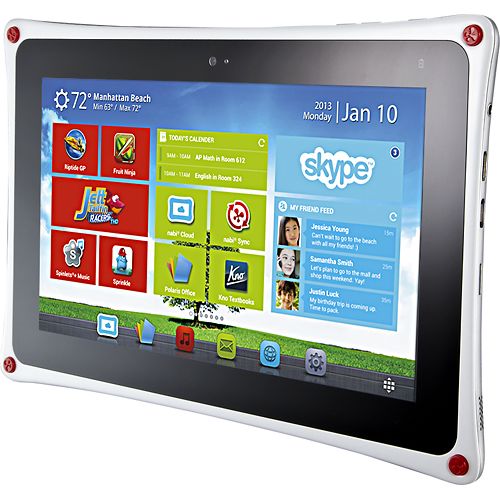 It runs Android 4.1 Jelly Bean, has a 5MP rear camera and a 2MP front-facing camera, and supports WiFi and Bluetooth.

Fuhu will also offer an optional case with a built-in silicone keyboard which means you can give your tween a tablet and expect them to get some homework done… or at least some instant messaging.

While this tablet’s a bit more grown-up looking than the Jr, it still has a sturdy aluminum case and parental control software.

10 replies on “Nabi Jr, Nabi XD tablets for kids, tweens are now available for $100 and up”