The maker of the kid-friendly Nabi line of tablets is launching its first fitness tracker. The Nabi Compete is a bracelet that you can put on a youngster to track steps and sync the data with a smartphone app.

Not convinced that this’ll be enough to get your kid off the couch? That’s where the “compete” part comes in. A 2-pack of Nabi Compete fitness trackers sells for $40. The idea is that kids will be motivated to be more active if they’re competing for high scores against another user. 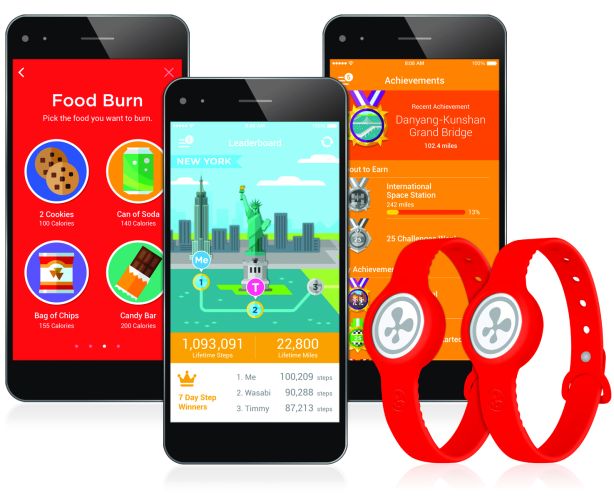 You can encourage sibling rivalry, give one to a friend, or compete against your own offspring to see who walks more during the day.

Fuhu says the Nabi Compete is designed for children ages 6 and up. Instead of just competing to get to a certain number of steps, the app includes challenges with real-world distances like “race to the end of the Brooklyn Bridge.” When challenges are completed, you get points to unlock or grow virtual pets.