Last year Fuhu expanded its Nabi line of Android tablets for kids with the new Big Tab lineup. These tablets didn’t have 8 or 10 inch screens… they came in sizes up to 24 inches.

Actually, you can use them as TVs if you’d like. 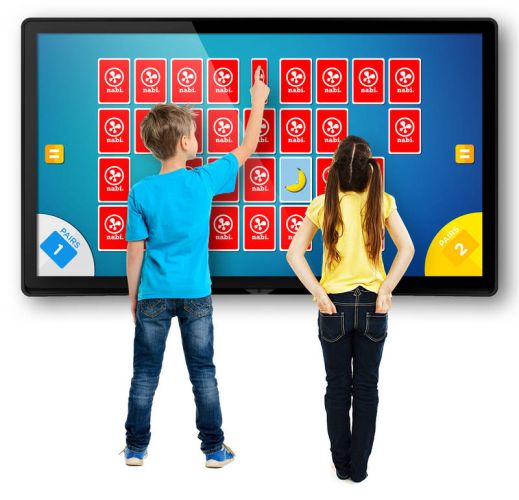 While the smaller models (if you can call them that), will have NVIDIA Tegra K1 processors and 2GB of RAM, the 55 and 65 inch model has a new Tegra X1 processor and 4GB of memory. After NVIDIA spent pretty much all of its CES press conference talking about how the X1 chip would be used in automobiles, it’s nice to see that someone plans to use it in a tablet… even if it is stretching the definition of “tablet” a bit. 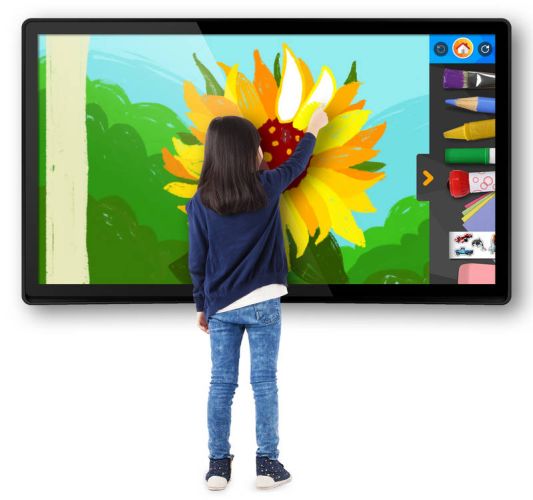 The systems feature WiFi, Bluetooth, NFC, and HDMI input, and they run Google Android software with access to the Google Play Store. What makes them kid-friendly devices though, is the custom user interface called Blue Morpho OS and suite of games and educational and artistic apps.

Since this is a tablet/TV that will probably end up in your living room (or maybe kitchen) Fuhu also points out that it can be used for things like recipes, shopping lists, or other activities where a shared interactive machine used by multiple family members might come in handy.

Looking for something a bit smaller? Fuhu is also updating its smaller tablets with the new Nabi 3 Elev8 tablet with an 8 inch screen and Nabi Jr tablet with a 7 inch display.