Fuhu offers a range of tablets for kids, featuring 5 to 10 inch screens and a custom, kid-friendly version of Google Android. Now the company is thinking big… real big. The company’s latest tablet is called the Big Tab and it’ll come with a choice of 20 inch or 24 inch displays.

Arguably these devices are more all-in-one desktop computers than tablet,s but they feature touchscreen displays and the same software you’d find on Fuhu’s smaller tablets. 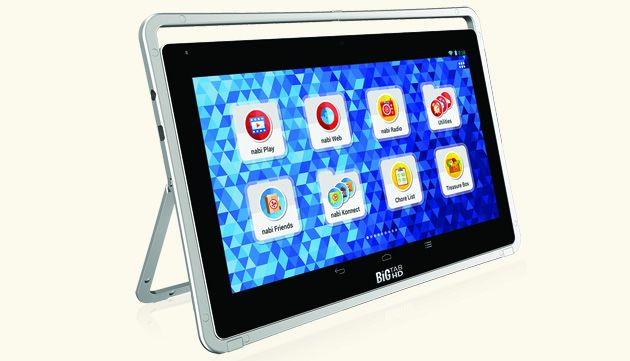 The devices only feature 1650mAh batteries… which means you should only get around 30 minutes of battery life. Clearly Fuhu doesn’t expect these tablets to be used unplugged. The battery is more of a bonus feature that lets you move a Big Tab around the house without shutting it down first.

Each tablet features an NVIDIA Tegra 4 processor, 2GB of RAM, 16GB of storage, and an operating system based on Android 4.4 KitKat.

Software includes educational apps, a chore list app, parental control software, and Dreamworks apps first introduced with the Fuhu DreamTab. While the tablets include access to the Google Play Store, there’s also a Nabi app store for access to age-appropriate apps, and parents can limit their children’s access to unapproved apps.

via PC Magazine and Engadget