The Nabi 2 is a $200 tablet aimed at kids. It has a rugged case and a custom user interface and app store designed to make Android simpler (and safer) to use for young children.

But under the hood the Nabi 2 is a pretty powerful tablet. It has an NVIDIA Tegra 3 quad-core processor, 1GB of RAM, and 8GB of storage.

Now you can turn the Nabi 2 into a full-fledged Android tablet thanks to a root utility from xda-developers forum member jmztaylor. 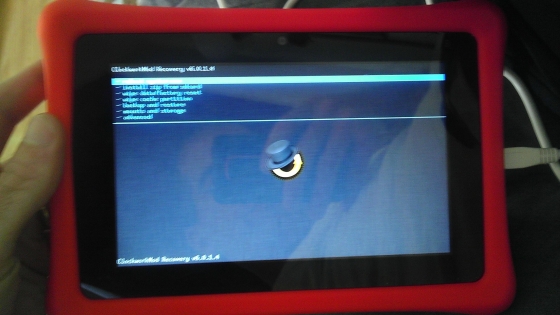 The tool lets you root the tablet, install the Google Play Store and other Google apps (including Gmail, YouTube, and Google Maps), and install a custom recovery tool.

As far as I’m aware, there aren’t any custom ROMs available for the Nabi 2, but the custom recovery allows you to backup or restore your device or flash firmware updates manually.

If you’re looking for an easy way to install apps from the Google Play Store on your kid’s tablet, it’s nice to know that now there’s a way. Or if you’re in the market for a cheap, but powerful tablet for grownups, the Nabi 2 is starting to look like a reasonable choice.

The tablet isn’t as thin or light as some other devices on the market, and it has a 7 inch, 1024 x 600 pixel display when higher resolution 1280 x 800 pixel screens are all the rage. But the $200 tablet has HDMI output and an SD card slot, two features which the similarly-priced Google Nexus 7 lacks.