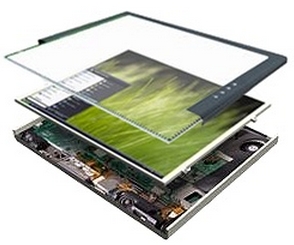 N-Trig is hoping to see Android tablet makers use the company’s DuoSense screens to build devices with capacitive multitouch displays and support for precise input with a stylus. The technology will add about $50 to the cost of a tablet, but it will provide device makers with a way to stand out from the crowd.

Right now there aren’t a ton of Android applications designed for pen input, but most of the tablets, PDAs and other touch-based devices launched over the last decade have been driven by stylus input rather than fingertip input.

While there are certainly problems with relying too heavily on a stylus (it’s another piece of equipment to carry with you, and it’s about as easy to misplace or lose as a ink pen), some folks have become awfully fond of pressure-sensitive pen input, since it lets you draw on a device, take notes in your own handwriting, and interact with finer areas of a touchscreen display.

I suspect that if N-Trig is successful in getting hardware makers to use the company’s technology, we’ll start to see more handwriting and drawing apps for Android, as well as other apps which can benefit from pen input. But that’s still a pretty big if. N-Trig tells All Things D that at least one hardware maker will bring a DuoSense equipped Android tablet to market in the first half of 2011, but in the face of competition from dozens of pen-unfriendly tablets, it’s not clear what consumer reaction to that device will be.