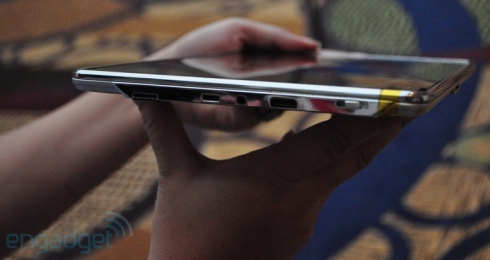 So there’s a 2-day event going on this week in San Francisco called the Netbook Summit. And some of the coolest items on display are tablets. Go figure.

Anyway, Engadget’s Joanna Stern got a little hands-on time with a 10 inch Android tablet sporting a Marvell Armada 610 ARM-based processor. Marvell doesn’t actually build tablets, notebooks, or other consumer products. The company makes chips, so this is clearly just a demo unit that won’t likely come to market under the Marvell moniker. But it certainly looks sexy as all get out.

The tablet runs Google Android 2.1 and has a nice array of ports including what look like HDMI and micro SDHC ports. The thing is also super slim.

Joanna didn’t get to turn the tablet on — because then she might see the name of the company that actually built the product. I’m going to take that as a good sign, since it would seem to indicate that somebody does plan to bring this tablet to market one day.