Microsoft put a lot of time and effort into figuring out how to put itself in front of the next billion mobile users. Part of that effort was an interesting little feature phone that never saw the light of day. Until now, that is. 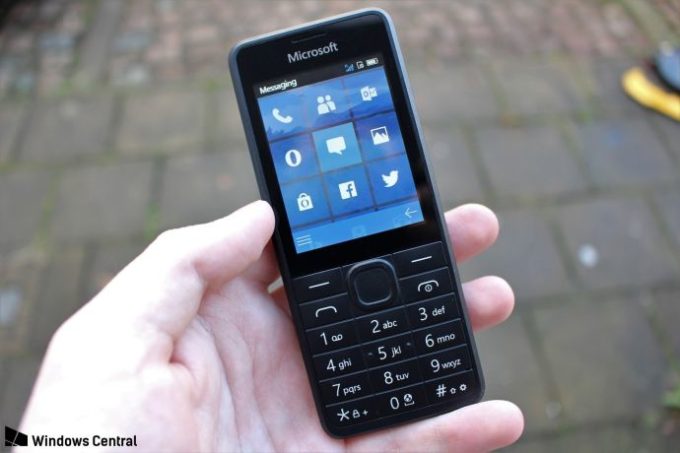 The handset you see here was codenamed RM-1182. It was certified by regulators in Indonesia back in 2015. Curiously enough, it was branded as a Microsoft device. Similar phones launched by the company (like the 215, 216 and 230) were shipped with Nokia branding.

Apart from the name on the phone, there’s another major difference between the RM-1182 and the others that actually made it to market under Microsoft’s watch. It bears the same kind of Metro/Modern user experience you saw on Windows Phones and PCs three years ago.

According to Windows Central’s Zac Bowden, who got his hands on one of the phones recently, the RM-1182 even uses the same system sounds. Bowden also says the Tiles are “live-ish,” by which he means they show numerical overlays for things like missed calls and unread text messages.

Even though this a feature phone, Microsoft services are front and center. Signing in to your Microsoft account links to your Outlook/Hotmail inbox and contacts, OneDrive photos and files, and OneNote notebooks. As with the Nokia-branded phones, the RM-1182 came with  Facebook and Twitter apps as well as the Opera web browser and Opera Mobile Store preinstalled.

There are plenty of other similarities to the Nokia feature phones. It’s a fairly non-descript plastic candy bar design, weighs next to nothing, and can run for days on end with its 1200mAh battery. While you wouldn’t be printing glorious 8x10s to hang around your house with the RM-1182, its 1.92MP camera would be just fine for quick snaps that you want to share with friends and followers.

via MSPoweruser, Image via Windows Central