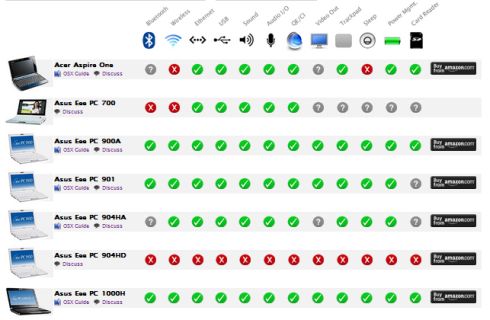 As you’re probably aware by now, Apple has no intention of releasing a 10 inch netbook with a physical keyboard and a full version of OS X. Instead the company is focusing its mobile efforts on the iPad tablet and its iPhone/iPod touch ecosystem. But as you may also know, you can unofficially install OS X on almost any computer with an x86 processor, including virtually every 10 inch netbook that’s been released in the last few years.

One of the best resources for installing OS X on non-Apple hardware to create a so-called “hackintosh,” is Insanely Mac. And today the site launched a spinoff web site called myMacNetbook.

Bear in mind, installing OS X on non-Apple hardware does violate the company’s EULA. And downloading hacked copies of OS X without paying is illegal. But you can probably feel a little better about yourself if you pay for a fully licensed copy of OS X before beginning your experiments.