Amazon has Alexa. Apple has Siri. Microsoft has Cortana. And Google has Google Assistant. Voice assistants are everywhere these days, with each of those companies working to get their virtual assistant software running on as many speakers, phones, PCs, and other gadgets as possible.

And then there’s Mycroft. It’s a voice assistant platform that’s designed to work just like the others… but it’s an open source project that places an emphasis on privacy.

Like its competitors, Mycroft sends your data to a cloud server to process requests. But the developers say they never save data unless you opt in, ,and never use your data for advertising purposes.

That’s all well and good, but a virtual assistant isn’t all that useful unless there’s hardware that makes use of it. So this week the team is launching a crowdfunding campaign for a new smart speaker called Mycroft Mark II. 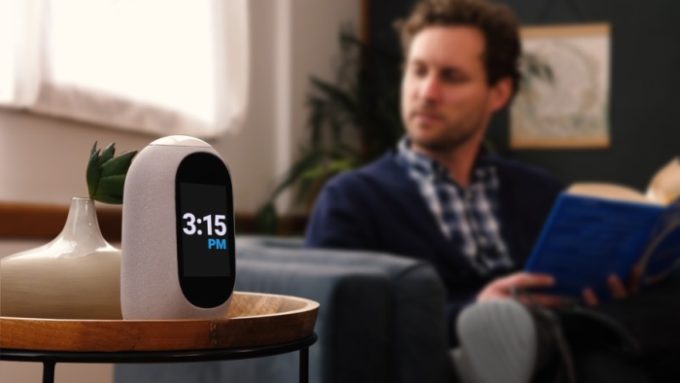 As the name suggests, this is actually the second speaker from Mycroft. The first hit Kickstarter in 2015 and shipped to backers in 2016.

The original was designed for developers and enthusiasts. The team says Mycroft Mark II “is a consumer-ready speaker designed for you and your family, whatever your level of technical expertise.”

It’s said to offer better sounds, improved voice detection, and an updated design, among other things. But it’s still an open hardware design that’s hacker-friendly, and it still runs open source software: you can find Mycroft’s software at Github. And if you don’t want to run it on Mycroft’s speaker, you can download and install Mycroft software on other hardware including a Raspberry Pi or other GNU/Linux computer.

You can also build a version for Android, but there’s currently no simple way to just install a pre-built APK.

The goal is to ship the 2nd-gen speaker in December, and you can reserve one for a pledge of $129, which makes the Mycroft Mark II about the same price as a Google Home smart speaker, although unlike Google’s speaker, the Mycroft speaker has a 4 inch IPS LCD touchscreen display.

There’s also a $99 Dev Kit option for folks that would prefer to just purchase key components and build their own case for the speaker.

While it’s likely that Mycroft won’t be able to do everything Google Assistant, Alexa, Siri, and Cortana can do, the developers are emphasizing its openness, customizability, and privacy.

You can customize your wakeword if you’d rather use something rather than “Hey Mycroft.” You can customize the home screen with a robot face, weather, time, or other widgets. And you can choose from several different voices.

Mycroft says it’s working on a major update for its text-to-speech engine, to provide more human-like speech. And over the next few months the team will transition to Mozilla’s DeepSpeech platform for speech-to-text. The system gets better the more people submit their voice data for analysis, but Mycroft will only share your voice requests with DeepSpeech if you opt into that fature.